Campbell off to officiate in Australia-England series 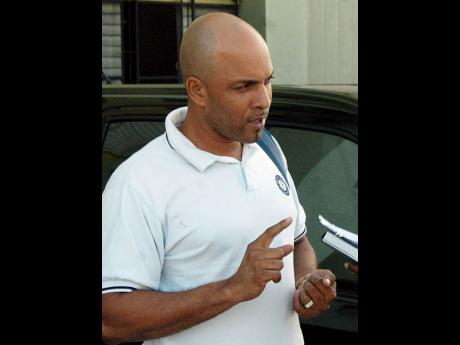 Jamaica's international netball umpire, Sylvester Campbell, left the island yesterday for the United Kingdom where he will officiate in a three-Test series between hosts England and Australia, from February 19-23.

Campbell, who received an International Umpires Associa-tion (IUA) award in 2005 from the International Federation of Netball Association (IFNA), said he wants to be on top of his game during the series.

"I am elated for this assignment because England and Australia always play good games and so you are expected to put on your best showing," said Campbell.

"It is not going to be an easy test because the spectators and the coaches over there know the game quite well and the least mistake that you make they will be on your back, but I have prepared myself for this challenge," he said.

Jamaica currently has a number of 'A' umpires (the top ranking for local officials), but only Campbell, Dalton Hinds and Dave Brown, can officiate in international matches because they are IUA-accredited officials.

The 41-year-old Campbell, who is also the coach of this year's JNA Open League beaten finalists, Tivoli Gardens 'A', admits that he is satisfied with way things have gone so far in is career.

"I am pleased with the way my career has been going since I have become an IUA umpire because I have had a good run at it. I have also officiated in some of the biggest games since my debut in 2005 at the World Youth Championships in 2005," Campbell pointed out.

"To be successful you have to be able to produce quality work and I have been since I became an umpire in the mid-1980s," he said.

Campbell, who is also a cadet on the Inter-national Testing Panel (ITP), which is responsible for the testing and training of international umpires, added that he will be quitting active umpiring in the near future to help with the training and development of other umpires around the world.

"I am also looking forward to working with umpires in terms of their development and to move the sport forward because with good umpires you will have better games and this will help to attract a lot more spectators to the game," Campbell added.