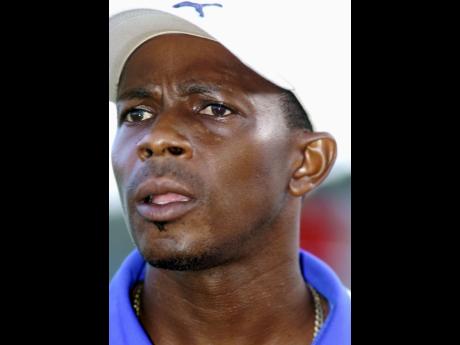 August Town stemmed their tide of defeats with a hard-fought 2-1 win over St Georges in their Digicel Premier League match on Sunday at the UWI Bowl Mona.

Coach Paul Young credited a greater offensive thrust for the change in fortunes.

"We've kind of bounced back, which is good. We had more people in the offensive end of the field when we were attacking, the two central midfielders, plus the flank players were getting inside the box," said Young.

"We made that adjustment today, we had more people in the box, more numbers in attack," he added.

There were early signs that it was not going to be St Georges' day when Omar Davis was adjudged to have handled the ball in the box.

St Georges' coach, Braxton Hyre, did not think the penalty was a justifiable decision.

"The man was close to the player and kicked the ball on him and (the referee) gave a penalty," he offered.

St Georges came out fighting in the second half and earned a well deserved equaliser in the 73rd minute when substitute Delroy James let fly a 25-yard shot, which kissed the right upright and the crossbar on its way into goal.

However, August Town would not be denied and found the game-winner in the 86th minute after a free kick taken from inside their own half was floated to the edge of the St Georges 18-yard box. It was flicked on by Kemar Cockburn to second-half substitute Fabian Dawkins, who hammered the ball past the helpless Georges keeper, Randal Huie.

Young believed the win should have been much more comfortable.

"The players made it a little bit more difficult than it should have been. We got a lot of chances to kill the game off at 1-0 and they (Georges) came back and tied it, but I still wasn't worried," said Young.

"I knew that we had one more opportunity in us and we converted the chance, well done Fabian (Dawkins)," he added.

The win moved August Town into eighth position on 28 points, still a point above the drop zone.

"We still have a lot of work to do. We are still just above the regulation zone, so hopefully the other teams that are battling messed up today," Young said.

The result condemned St Georges to their fourth consecutive game without a win, leaving their coach to bemoan their poor finishing.

"We didn't score the chances we got. We just need to score goals and I think we will be okay because we are defending well, but we are just not finishing," said Hyre.