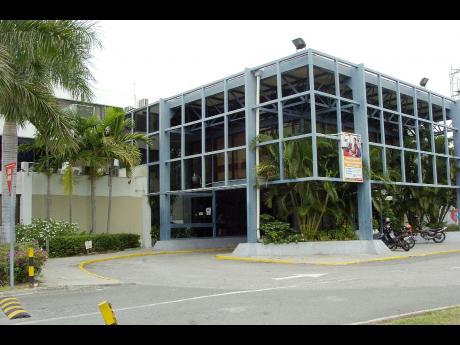 THE GOVERNMENT-OWNED National Housing Trust (NHT) plans to spend some $24 billion in the 2010-2011 financial year starting in April to provide housing solutions and other benefits for its contributors, including a projected $7.8 billion expenditure on 2,000 new homes.

The plan outlined to
Wednesday Business
by NHT Chairman Howard Mitchell would eclipse by close to 30 per cent the $18.5 billion the agency is targeting to spend this fiscal year ending in March, and exceed contributions for the coming year by a whopping 52 per cent.

The $18.5 billion the Trust is projecting to spend this year, Mitchell said, represents 117 per cent of contributions collected.

The total annual expenditure, the NHT chairman has pointed out, includes new housing completions, mortgages and other benefits.

The 2,000 starter housing solutions to go to market in the coming year span several parishes, including 400 units at Perth in Manchester, 400 units already announced for New Longville Park in Clarendon and 206 at Twickenham Park in St Catherine.

In St Thomas, the NHT plans to roll out 153 housing solutions at Creighton Hall, while in St James, 148 units are planned for an expansion of a project started by the Trust at Providence, near Montego Bay. Trelawny is expected to be the location for 138 sugar housing units earmarked for Hampden.

Other units are planned for Cherry Gardens and Paddington Terrace in upper St Andrew, Orange Grove in St Catherine, and Bushy Park in Clarendon, which are being developed in partnership with the National Housing Agency.

Meanwhile, Mitchell said new initiatives announced to come on stream by April will make housing benefits more accessible to a larger group of contributors. The measures are the share equity proposal and the application of contributions towards the deposit of prospective applicants.

The share equity arrangement will allow a borrower to share equity in a house with the NHT, with the borrower being allowed to buy out the Trust's stake at anytime. The other initiative will see the NHT using prospective applicants' contributions toward a deposit to acquire a home.

Last September, the NHT had announced a five-prong policy initiative to make it easier for contributors to afford houses and lots made available by the entity. Three of these - a short-term lease, combined mortgage arrangement and extended loan-term facility - took effect last year.

Earl Samuels, the NHT's outgoing managing director, told
Wednesday Business
in an interview months ago that the new initiatives would not burden the agency's balance sheet.

He had said at the time, a 10 per cent cap would be placed on its scheme units that would be allocated under these programmes.

The NHT reported a deficit of some $321.5 million at the end of its financial year to March 2008, but rebounded last year to show a surplus of over $1.8 billion, an increase of 28 per cent more than the previous year.

Mitchell said last month that at the end of this financial year, the agency would post an operating surplus of $1.58 billion.

"All of this speaks to the health of the organisation and to the effort the Trust makes to manage contributors' funds wisely," he said.