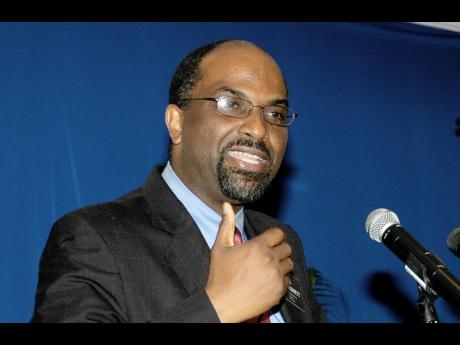 Jamaica National Building Society (JN) is hoping to see a growth in several of its markets this year, particularly in remittances, its boss, Earl Jarrett, has said.

During a recent visit to London, Jarrett admitted that the year is likely to be mixed for his growing organisation, which has several branches in Jamaica, The United States, Canada and the United Kingdom.

But he said JN has many positives to look forward to.

"We are pleased that there is some indication of growth in the UK and reports are that the economy is growing ever so slightly and, therefore, we are anticipating that our remittance business should begin to see an uptake in our performance."

He added: "If the joblessness numbers change in the UK, we are expecting to see an increased level of savings going back to Jamaica."

Jarrett, whose company started remittance services to Ghana last year, is also planning to reach out to new markets, offering money transfer services to more countries in Africa and Asia.

"We are expecting to expand on that this year and add additional agents in London and in Africa. We will continue to look at other potential markets in Africa as well as in Asia."

He also told
The Gleaner
that JN hopes to join organisations working to capitalise on brand Jamaica in the run-up to London's 2012 Olympic Games, including upcoming events such as Birmingham's Food and Drink Fair to be held in March.

"We think that Birmingham is going to be the centre of activity, given the presence of the (Jamaica's) Olympic team there. My organisation will be working closely with other organisations and with the Jamaican Trade and Investment to expand the Jamaican brand up to 2012. We are seeing a lot of opportunities in the UK."

He also said JN is working with local authorities to come up with ideas to help more Caribbean people in the UK set up businesses.

Jarrett said he would be monitoring any opportunities, that arise out of an upcoming trade mission from Jamaica into Europe to discuss opportunities, following the recent signing of the European partnership agreement.