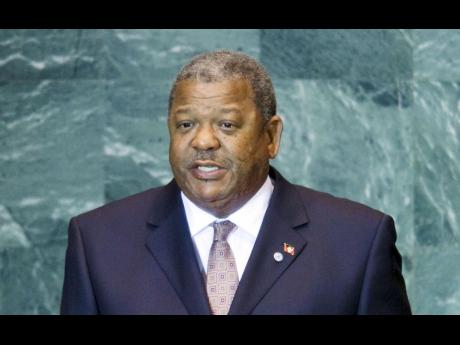 The Antigua and Barbuda government has signalled its intention to shed state-owned entities, with the signing of a deal for an international broker to lead the process to divest State Insurance Corporation (SIC).

The Baldwin Spencer administration said it has signed a contract with the International Finance Corporation (IFC), the private sector arm of the World Bank Group, to take charge of the process to rid the government of the company, which provides a variety of insurance services to clients in Antigua and Barbuda.

A statement from the Office of the Prime Minister said that although SIC is a viable entity, its status as a statutory corporation notably restricts its ability to develop its activities outside of the country.

"The corporation would benefit from the injection of capital and expertise of a reputable insurance investor in order to improve its operations and service offerings. Divestment would also enable SIC to participate in the consolidation of the insurance market expected to unfold in the Eastern Caribbean," it added.

The statement said that over the next three months, the government would launch an international bidding process and invite reputable insurance investors to express interest.

"Investors with adequate financial strength and technical expertise will then be invited to submit their proposals," the statement said, adding that the "qualified investor, which will submit the strongest plan for the development of SIC, and propose the highest value for the government and people of Antigua and Barbuda, will be awarded the project".

The entire process is expected to last six to eight months.

The government said it anticipates significant improvements in the efficiency and quality of insurance services in Antigua and Barbuda, which will in turn support the growth of the national economy and give staff, policyholders and other interested Antiguan and Barbudan investors the opportunity to purchase shares in SIC.

The main opposition Antigua Labour Party had previously warned that the Spencer administration would be selling off various state-enterprises as part of the conditions being imposed by the International Monetary Fund for an agreement with St John's.