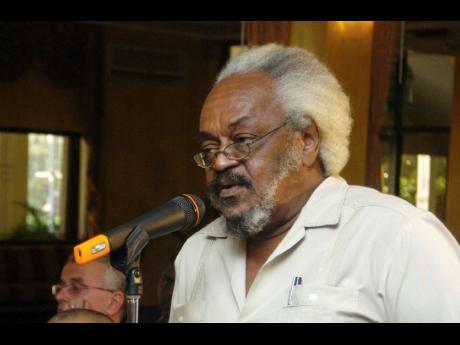 IN AN article in Monday's (February 15) issue of your newspaper, titled 'Stop polluting the social environment', your contributor, Reginald Budhan, issues a strong appeal for a major assault on the forms of popular entertainment and media presentations which are having a very negative effect on our society. To repeat what he so correctly states, "If we continuously drench the society with violence-ridden lyrics and profanity, over time, people will come to accept it and we will get a violence-oriented culture whereby the difference between right and wrong becomes obscured." I would only want to add that this is not a matter of "will", since this already has become us.

I would like to couple with this acknowledgement the excellent piece by your columnist Martin Henry, some two weeks ago, which posed the challenge for any comprehensive strategy of nation-building to recognise the essential element of values and attitudes. Without appropriate social behavioural norms in a society, all the economic, educational and technological formulae for development will have little chance of success. 'Nuff respect' always for Henry, but it won't hurt to mention that he is absolutely in agreement with the renowned Swedish development economist Gunnar Myrdal of a former generation. It is reassuring to note that his identification of conditions contributing to development and underdevelopment articulated some 40 years ago have stood the test of time.

It has been said that Jamaica is a society with a commendable number of demonstration projects that are worthy of emulation and, indeed, there are, even in relation to the promotion of favourable values and attitudes, several activities promoted by schools, as well as by various non-formal educational institutions or creative individuals, by churches, by non-governmental or community-based organisations. These will often make use of various artistic forms - music, dance, drama - to work especially with the children and youth. On the part of the Government, the Jamaica Cultural Development Commission is to be highly credited for its work and, indeed, the electronic media do give some welcome publicity and airplay. These are all, however, initiatives that may, for the most part, be classified as micro level, in terms of their impact on the total society. How much more influential are the macro-level productions of our mega-volume entertainment gatherings, our prime time electronic media offerings and even, sometimes, the presentations of our advertisers. While the Broadcasting Commission has, in recent times - some may say belatedly - helped to sanitise the areas of the public media for which it has responsibility, there is still a major problem in terms of the negative socialisation of the society which derives, in significant measure, from the sources mentioned above.

Budhan has invited us to lobby and press for change, suggesting that it does not require a large concourse of voices. This will depend on how open the policymakers are, and how strong is the political will to take measures that may not be popular for many who are already the products of a society in which the distinction between right and wrong - as manifested, for instance, in selfishness vs collective well being, and crass vulgar behaviour vs civil politeness - is increasingly blurred.

There could, I suggest, be merit in having a forum of opinion leaders who might lead the charge, and I would presume to call the names of some I recall who have at some time, or, indeed, currently, addressed this theme in the public media. ( Note: I am most familiar with contributors to the columns of
The Gleaner
.) Ian Boyne, the commentator who has most regularly addressed this theme, Esther Tyson, Peter Espeut, Barbara Gloudon, Henley Morgan, Leachim Semaj, Kevin O'Brien Chang, Al Miller, Franklyn Mc Knight, Mark Wignall and, of course, Martin Henry, all find a place on my 'first eleven'. These, along with other representation from church leaders, educators, cultural agents and the private-sector organisations, could hopefully develop some blueprint for action by the state, the private sector and civic society that will be effective. This will also necessitate paying due attention to the reasons for the failure of the values and attitudes to-have-been campaign of the mid-90s. Let us, as a nation, aim to stand proudly beside Usain Bolt and be able to say "To the World" means being exemplary in other respects, as well as '9.58' and '19.19'!