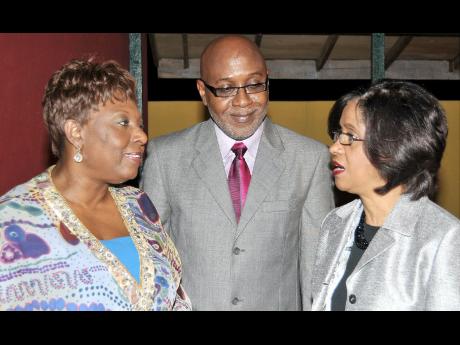 This year's CFW is set for June 8-14 at the National Indoor Sports Centre.

Addressing the launch, Pulse CEO Kingsley Cooper highlighted Pulse's pioneering role in the development and success of CFW, as well as its function as a major catalyst for growth in the regional fashion industry. Cooper also announced the company's newest creative industry initiative - The Haiti Art and Fashion Project.

The project, spearheaded by the Pulse Foundation, with the support of CFW, the Caribbean Fashion Industry Association (CAFIA) and participating art, music and fashion industry entities in the region, will support the rehabilitation and further development of Haiti's creative arts, fashion and business industries.

"Haiti's art, fashion, craft, music and other creative products are among the best in the world and are mainstays of the income of many everyday Haitians," Cooper said. "With the occurrence of the devastating earthquake, Haiti's creative business, like so much else in that Caribbean nation, has been badly hit. The Haiti Art and Fashion Project is, therefore, intended to give these creative businesses, large and small, support in their rehabilitation and reconstruction, as well as their further development," Cooper added.

As a Caribbean-based and organised initiative, the project will focus on medium to long-term reconstruction and development of Haiti's creative arts and business sector, and will be managed by the Pulse Foundation headed by Jamaican entrepreneur, artist and honorary consular to Lithuania, Lois Lake Sherwood. Sherwood, who is of Haitian and Jamaican descent, has chaired the Pulse Foundation since its inception six years ago and will work alongside the board of trustees, which is expected to include representatives of the Haitian government, as well as members of its creative industries. Supporting Sherwood will be CAFIA, a body of regional entities with membership in the French, Spanish, Dutch and English Caribbean aimed at unifying the regional fashion industry and aiding its development.

Cooper, who is also the head of CAFIA, outlined that the Pulse Foundation intends to work in tandem with regional organisations including CARICOM, as well as major international creative industry players and the official international body charged with the responsibility of planning the long-term reconstruction of Haiti.

Cooper said CFW will make the Haiti Art and Fashion Project a key aspect of the event going forward and has pledged one night's proceeds towards the project.

Minister of Culture, Youth and Sports, Olivia Grange, commended Pulse for its continued innovations and initiatives aimed at the further development of the creative industries not only in Jamaica but also in the wider Caribbean. She also noted that CFW was an excellent vehicle for such an initiative.