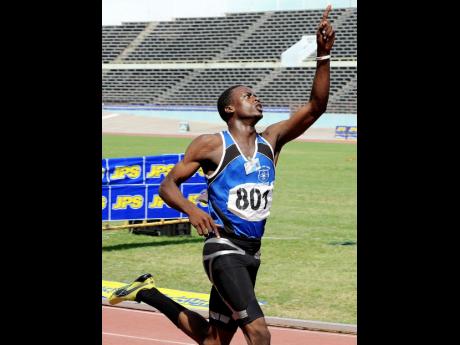 Buff Bay crowned themselves new champions of the JN/JPS Eastern Athletics Championships, which ended at the National Stadium yesterday.

Kevin Brown, coach of the winning team, could not hold back his emotions when he spoke to
The Gleaner
.

"Right now I am speechless," was his initial response.

"The athletes, the principal ... we are all overjoyed with this victory, the first in the school's history."

Brown said he knew his charges could do it, after analysing their performances at the development meets.

"The athletes worked very hard and their hard work and dedication to the programme was what paid off," he noted.

According to Brown, since his entry to the school's track and field programme eight years ago, the team has improved every year. He remembers finishing seventh in 2006; fifth in 2007 and 2008 and fourth in 2009.

National junior representative, Javere Bell - the top man from the eastern region - was a double winner. He won the 200m and 400m for Class One boys in 22.41 and 48.75, respectively.