Western media and the black man 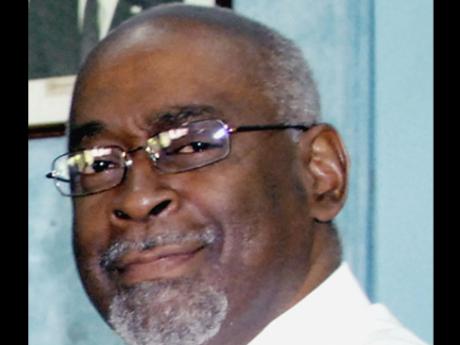 I WAS in a debate on Facebook recently with a number of young people who claimed things like "all countries in Africa are marked by corruption and horrific ethnic violence", and quoted as their main argument the fact that nearly ALL of the news that had come out of Africa in recent years could be placed under these headings. And they are correct! Very little of the many positives of Africa is ever published.

Before his death, I had spent years listening to my father-in-law aver that Marcus Garvey was a crook who robbed poor black people. His source, to him, was impeccable. He had read many reports to this effect in the newspaper.

And this is true of many black heroes. Jomo Kenyatta, the great man of Kenya, was portrayed as a monster in the Western press. Remember the impression given by that TV series of the great 'Shaka Zulu'? The heroes of the Haitian Revolution were equally vilified. In fact, Haiti was systematically embargoed and pressurised into becoming one of the poorest nations in the world, despite its natural wealth, because Europe and later the US could not bear to stand the idea of a black state that had won freedom by driving out a colonial power!

The media have been consistent. Genocide in Rwanda is 'barbarous' and 'savage' but in Sarajevo it is 'awful' and sometimes 'wicked'. It is the blacks who are 'savages'. Vicious hurricanes have hit the US coast, a tsunami devastated Indonesia, places in Eastern Europe have suffered awful earthquakes, but according to right-wing US media theologians it is only Haiti whose disaster was an 'act of God' where He was 'punishing' them for being 'devil worshippers'!

And that brings us to religion. In Western society, the media refer to Hinduism, Judaism, Islam, Confucianism ad Buddhism as 'world religions' which are to be respected even though Christians consider them 'wrong', as only Christianity is correct. But we are made to see Orisha worship, Myal, Voodoo, Obeah, Santeria, Shango and all other versions of African religion as 'devil worship' - to be feared and eliminated.

My personal experience of this media bias was something I experienced as an impressionable youngster. The West Indies cricketers had had phenomenal success in England starting with Headley and culminating in the conquest at Lords with Valentine, Ramadhin,
et al
. We were now among the best at 'the gentleman's game'. So, as soon as possible, the international media reminded the world that we were 'but savages'.

I was at that fateful Test match, an impressionable youngster, sitting in the grounds. The crowd, absorbed in the battle, believed that umpiring decisions by our own Trinidadian umpire were going against us. Impassioned, they finally 'exploded' at the decision to adjudge the new local hero, Charran Singh, run-out and vented their frustration by throwing missiles on to the field. This was wrong and, later on, the society hung its head in shame. But Englishman Ian Ross in 'recollecting', used phrases like "thick showers of bottles", "the whole playing area was a confusion of darting figures, of gesticulating mobs, of isolated but brutal fights ..." Peter May, in commenting on the incident, said: "It was quite frightening. Fred Trueman grabbed a stump and placed himself in front of me, 'They won't touch you, skipper'."

I was amazed at those 'lies direct'. There was no 'confusion of darting figures', no 'gesticulating mobs' on the playing area. It was a bottle-throwing incident, not a pitch invasion. Who was fighting whom 'brutally'? May's suggestion that Trueman was 'protecting his skipper' is ludicrous as the only spectators who approached May were Learie Constantine, a couple of Caribbean past greats and the president of the WICBC. The crowd wanted to stop the game, not to hurt any player. The players, who had all gathered in the middle, only left when it became obvious that, with broken bottles on the field, it would take too long to clear for play to resume that day.

I think that this was where I lost my faith in the integrity of the press - and my desire to be a journalist. But I became a reasonably good teacher, so maybe it was all to the good!