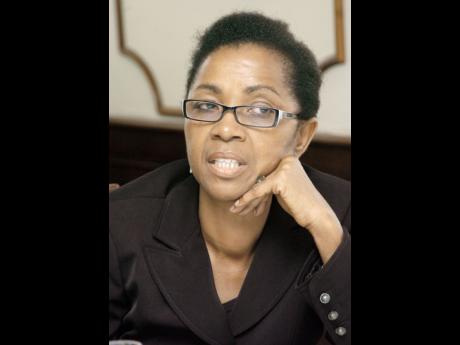 THE JAMAICAN Bar Association is insisting that the number of complaints being made against lawyers is not an indication of a rotten profession.

The annual report of the General Legal Council (GLC) for 2008-2009 states that at the beginning of this fiscal year, there were 409 pending complaints, as well as an additional 128 new complaints that had been filed against attorneys-at-law.

Cabinet considered the GLC report in January. The full report is to be tabled in Parliament by Justice Minister Dorothy Lightbourne.

Yesterday, the Bar association's president, Jacqueline Samuels-Brown, told
The Gleaner
that the legal profession ought not be judged by the number of complaints made against lawyers.

"What you have to look at is the number of convictions," Samuels-Brown said.

During the last fiscal year, orders were made against nine attorneys who were found guilty of professional misconduct, and the names of three lawyers were struck off the GLC roll.

Samuels-Brown stressed that Jamaica still operates with the understanding that it is not enough to make allegations as accusations must be proven true.

"It is interesting that you have such a great disparity between the number of complaints and the number of cases where the lawyers are adjudged to be in breach," she said.

Samuels-Brown also pointed out that neither the association nor individual lawyers were privy to the complaints which were made to the GLC.

She, however, said that some of the complaints made did not merit disciplinary intervention.

"Some complaints arise out of a misunderstanding or a miscommunication between lawyers and their clients. Some-times what it is is what we refer to as buyer's remorse - you didn't get the result you wanted or expected," Samuels-Brown said.

She also said that among the cases against lawyers are reports that emanate from the GLC itself against attorneys who have failed to satisfy some regulatory requirements.

Meanwhile, Samuels-Brown said the Bar has called for a mediation facility to be set up to deal with complaints made against attorneys.

"If there is a mechanism in place for mediation, it can assist. As president of the Bar association, citizens will write to me from time to time indicating difficulties and making 'complaints' against attorneys. With informed intervention, you can resolve those matters very quickly, less painfully and to the satisfaction of both the layman and the attorney," Samuels-Brown said.