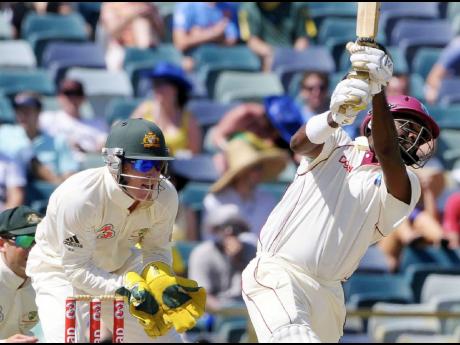 West Indies middle-order batsman, Narsingh Deonarine, is anxious to see his side snap their losing streak against Australia in the fifth and final one day international (ODI).

Reigning World Cup champions Australia hold a winning 3-0 lead in the series, but Deonarine believes there is still a lot for the Caribbean side to play for at Melbourne Cricket Ground (MCG) tomorrow (tonight Jamaica time).

"We don't want to go home without a win so everyone wants to work hard and try to win the last match," Deonarine said two days ahead of the fixture.

"There is always something to play for in a cricket match. Every match means something. There is a lot of cricket this year so we also have that in mind. As a player you want to give your best at all times," added Deonarine, among the better performers in a generally wretched West Indies batting effort in the series so far.

The 26-year-old Guyanese believes he is batting well but he wants to get better. After playing steadily in the three matches so far, he wants a major score in the final ODI.

The left-hander has scores of 19, 23 and 53 in his three innings so far for an aggregate of 95. Only Kieron Pollard (125) and Dwayne Smith (109) have scored more in the series that saw the rain-ruined game three ending in a no-result.

The knock at the Gabba was Deonarine's maiden ODI half-century and came off 69 balls, including five boundaries, as the Windies lost the match by 50 runs.

"I will be trying to put it right on Friday night. I have been trying to relax myself as much as possible, stick to the basics and get things right. At this level, the mental side is very important and I am learning as I go along. I have been working hard in the nets and the coaches have been helping all the other players a lot."

He added: "At the international level, the aim is to be consistent - you won't get a score every time you go out - but every time I get a chance I will try to grab it with both hands and make it count."