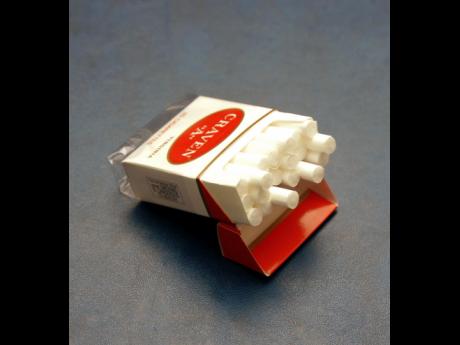 Jamaica's appeal
judges have overturned a Revenue Court ruling that, barring a government challenge, will lead to the reimbursement of more than $2.27 billion in assessment and penalties that the listed Carreras Limited had to pay the income tax authorities on a tax-dodging claim.

At the same time, the ruling places clear limits, based on the court's interpretation of the existing tax law, on the ability of the authorities to re-characterise transactions which have implications for tax avoidance, and which the commissioner of income tax deems to be artificial or fictitious.

In the ruling delivered last week, Justice Dennis Morrison, writing on behalf of the court, held that while under Section 16 (1) of Jamaica's income tax law the commissioner is entitled to disregard a transaction, "it is still necessary for the taxpayers' liability to tax, if any, to be grounded elsewhere in the act". The other members of the Appeal Court panel were the president, Justice Seymour Panton, and Justice Norma McIntosh (acting).

With regard to the specific case, the authorities, Justice Morrison argued, would have had to prove that loans to Carreras Group Limited (CGL) by its then subsidiary, the Cigarette Company of Jamaica (CCJ), were properly classified by the authorities as 'distributions' within the meaning of Section 34 of the Income Tax Act, and thereby subject to taxation. The court held that the tax establishment failed to do so.

It is those loans, made between 1997 and 2002, and amounting to $10.58 billion at the time of settlement in early 2004, that are at the crux of the assessment, triggered by a 2003 move by Carreras to reorganise its operations. It decided to dismantle its group structure, shed sub-sidiaries and return to its core business of manufacturing and distributing cigarettes.

As part of the reorganisation, Carreras, through its auditor, KPMG Peat Marwick, sought to determine from the tax authorities the transfer tax obligations, as well as exemptions, that would arise from its winding-up/reorganisa-tion activities. But that caused the tax department to review Carreras' annual reports, conclude that the loans were indeed distributions by the CCJ to its parent and assessed Carreras for $5.7 billion. This comprised $2.17 billion in tax and penalties of $3.4 billion. Carreras owned 99.8 per cent of CCJ.

When Carreras' appeal was turned down by the tax authorities, the firm took the matter to the Revenue Court, but lost there before Justice Roy Anderson, who agreed with the commissioner of income tax that the transfers were not genuine loans, but transfers.

Among Justice Anderson's concerns was the fact that there was no evidence of the terms and conditions on which the monies were lent, other than their classification in the accounts of both companies as non-current assets/liabilities.

He also noted that no interest was charged or paid and that there was no repayment of the debt until the matter of the reorganisation arose.

Justice Anderson also raised the fact that while Carreras' officials, including its chairman George Ashenheim, maintained that the loans were interest free in part because the CCJ paid no royalties for the use of trademark owned by its parent, "no qualification was ever done of the interest foregone by CCJ or the royalties purportedly foregone by CGL".

While Justice Anderson upheld the right of the tax authorities to make the assessment, he suggested a review of the penalties that had been applied, which the com-missioner subsequently reduced to $108.6 million. In 2008, Carreras paid out in dividends all of more than $3 billion it clawed back through the penalty review.

However, Justice Morrison, in his opinion for the Appeal Court did not believe that Justice Anderson placed enough weight on a clause in a 1977 agreement when CCJ was established in the face of a series of mergers and acquisitions, that allowed Carreras Group, with the approval of the subsidiary, to borrow from the CCJ "such amounts as it may from time to time require free of interest".

"There was never any suggestion that this agreement was itself other than purported to be, that is, the basis of the commercial relations between CGL and CCJ upon the restructuring of the tobacco industry which was then taking place," the appeal court judge said.

Moreover, Justice Morrison stressed, the fact that a loan may be interest free did not make it any less of a loan. "It is equally clear that the fact that a transaction is 'uncommercial' does not render it artificial," he said.

Justice Morrison placed store on the credibility of KPMG Peat Marwick, which had continuously, in the audited statements of the CCJ and Carreras, noted the loans, saying that this was "on the one hand an unconditional acknow-ledgement to, and on the other hand a confirmation of that obligation". Justice Anderson, in the lower court, had cast doubts on the independence, and thus the credibility of evidence provided by Ashenheim and then Carreras Group Financial Controller Marlene Sutherland.

But said Justice Morrison: "This full disclosure, on an ongoing basis, in circumstances where CGL clearly had the assets to repay the loans when called upon to do so or when necessary - as indeed it did in 2004 - in my view speaks to the transparency of the entire process and suggests that the transfers were precisely what they were repre-sented to be, that is, genuine inter-company loans.

"Were they otherwise, it seems to me that KPMG, as the statutory auditors, of both companies, would have lent their name on a sustained basis to a massive fraud, not only on the minority shareholders of CCJ, but also on the revenue authorities."

Moreover, the judge held that in the absence of any evidence (or even an allegation) of a common dishonest intention on the part of CGL and CCJ, "I have therefore come to the view that the impugned loans in this case were neither artificial nor sham transactions".