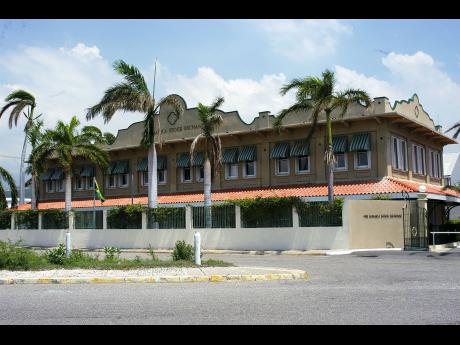 I
n the
face of a whopping 485 per cent jump in breach of the rules of the Jamaica Stock Exchange (JSE) over the past two years, and last year's marked 43 per cent upswing in violations over the 2008 figure, market authorities have tightened the screws, stepping up regulatory activities for listed companies and stock brokers significantly this year.

According to the JSE, market surveillance detected 123 breaches of the exchange's rules in 2009. Wentworth Graham, the JSE's chief regulatory officer, told the
Financial Gleaner
that for listed companies "We have found that timely disclosure and communication of announcements do not generally conform to the regulations."

Companies are required to satisfy the conditions defined under JSE Rule and Policy Statement on timely disclosures. This relates to information covering issues such as major corporate acquisitions or disposals, large borrowings, and the introduction of new products. Developments affecting the company's resources, technology, products or market, and any other activities or issues relating to the business and affairs of the

company that would significantly affect the market price or value of any of the company's securities or influence an investor's investment decision, must be disclosed.

"Notwithstanding the require-ments, there are instances when the information is not released to the exchange and is in other domains of the society," Graham said.

Timeline issues also plague the reporting standards of the JSE.

"We have seen a number of instances where listed companies' announcements of corporate actions, such as dividend payments, are not within the timeline defined by the exchange's Listing Agreement and Rule on Communication of Announcement," he added.

The head of the JSE's watchdog division said the bumper crop of infringements uncovered in 2009 was linked to the heightened work of his Regulatory and Market Oversight Division (RMOD).

The division, he noted, pursued in the last year a

keener assessment of all financial submissions, did closer monitoring of trading activities and exercised tighter scrutiny of market disclosures.

According to Graham, there is what he described as "an awareness and familiarity gap" about market regulations among stakeholders, including listed companies, member dealers and investors. Breaches are, therefore, sometimes explained as ignorance of the regulations.

While timely filing of financial returns by both listed companies and member dealers is another area of significant non-compliance, Graham noted that there has in recent times been a marked improvement in the submission of financial statements.

The exchange's officials are stressing the point that late disclosure, partial disclosure or non-disclosure can impact the market negatively.

"Late financial information from either listed companies or member dealers inhibits timely assessment of the affairs and operations of the entities," said Graham.

While breaches of the JSE's disclosure and financial filing rules do not now attract a fine, other actions, such as suspension or delisting of entities, can be taken. Dealers are subjected to fineswhenever their filings are late.

Last year, new market surveillance tools and investigative principles were employed by the JSE and enhanced processes and systems in assessing financial filings and market disclosures implemented, it said.

was a significant tool in the division's surveillance arsenal, complementing other measures.

"The RMOD is keen on pro-moting compliance. In this regard, whenever there are breaches there is a process of alerting, say, a listed company or member dealer about the violation," the division head noted.

Having done this, there is a process of enforcement, which involves formally advising the listed company or member dealer of the violation, the implications, possible penalty and requesting an explana-tion of the factors that contributed to the breach and their plan to prevent recurrence.

The RMOD commenced opera-tions on April 1, 2008 and is the operational arm of the Regulatory and Market Oversight Committee, made up of

all the exchange's independent directors. The com-mittee, is chaired by Bank of Jamaica Deputy Governor Livingstone Morrison.

According to Morrison, "we are cognisant of what is happening in the international markets and it is very important that the market is so regulated, that not only local, but international investors have confidence in our market."