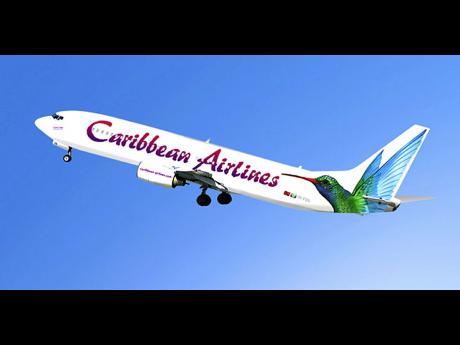 A photo of a Caribbean Airlines aircraft as depicted on the carrier's website, www.caribbean-airlines.com.


One of
the matters that need to be urgently addressed by the Golding administration is whether or not it is going to grant Caribbean Airlines exclusive national-carrier status for Jamaica in its current open skies bilateral agreements, as well as those that are currently being negotiated.

Persons continue to talk about the sale of Air Jamaica to Caribbean Airlines. This is not so. Air Jamaica is being closed down and it is expected that the airline will cease operating on June 30, 2010.

Caribbean Airlines, the airline owned and operated by the government of Trinidad and Tobago, is currently in negotiations with the Jamaican Government to begin its 'Jamaican Operations' effective July 1, 2010.

Caribbean Airlines has also indicated that it intends to fly to four destinations in the USA - New York JFK, Fort Lauderdale, Baltimore/Washington and Philadelphia. It also intends to fly to Toronto. It will be operating its flights to Baltimore and Philadelphia from Montego Bay. Kingston passengers might have to drive to Montego Bay to connect to these flights as intra-island flights will "be considered" but are not definite.

the current daily service that the airline now offers between Kingston/Port-of-Spain with direct connec-tion to Georgetown, Guyana.

This position runs contrary to the new trend in the transportation and aviation industry worldwide that is moving rapidly towards liberalisation of open skies arrangements to allow for competition rather than restricting transportation between countries.

The current open skies arrangement between Jamaica and the United States was signed by Dr Ken Baugh, deputy prime minister, along with the then US ambassador to Jamaica, Brenda LaGrange Johnson, on October 30, 2008.

The release from the Ministry of Foreign Affairs on that occasion noted that under the new agreement "instead of the limited 10 points in the United States, which the (former) agreement authorises, Air Jamaica or any other Jamaican carrier would be permitted to serve all points in the United States, thereby significantly enhancing the operational flexibility of the airlines, promoting the expansion of air services and generating significantly increased traffic to Jamaica".

The 2008 Jamaica/US Open Skies Agreement applies to scheduled and charter passenger services, together with cargo services. International traffic rights are unrestricted and as a result this permits Jamaican carriers "to serve from points behind Jamaica via Jamaica and intermediate points, to any point in the United States and beyond".

In addition, the new agreement provides for "unrestricted capacity and frequency on all routes, allows for operational flexibility by allowing the airline to operate flights in other or both directions, combine flight numbers, serve points in any order, and transfer traffic among its aircraft on any points on the route. The type and number of aircraft used on a service may also be changed at any point."

In discussing the 2008 agreement, Baugh stated that it "seeks to foster liberalisation and expansion of international air transport opportunities for airlines of both countries, and to promote an international aviation system based on fair competition and commercial considerations in the market place, with the minimum degree of government interference and regulation consistent with fair competition".

It would, therefore, be an extremely backward step if the Government of Jamaican would seek to modify the current bilateral arrangement to bar other Jamaican airlines from getting national-carrier status, but to offer exclusive national carrier status to a non-Jamaican airline that will be flying to four points in the United States from Jamaica.

Across the globe, the new open skies arrangements are intended to limit government interference in the commercial decisions of airline carriers, and it would be a pity if our government now seeks to micromanage the aviation and industry in Jamaica to the detriment of full market liberali-sation that it had already sub-scribed to.

It is imperative that the prime minister clarify the Government's position on the designation of national-carrier status for Caribbean Airlines prior to the signing of binding legal agree-ments in the next few weeks.