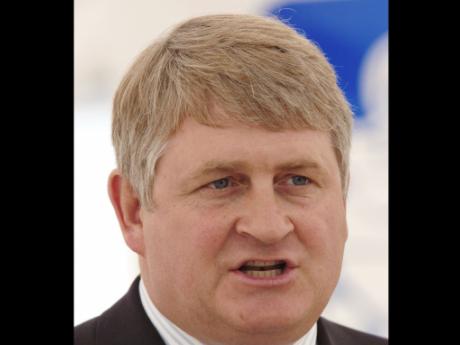 Digicel owner and Chairman Denis O'Brien has been named a goodwill ambassador for the city of Port-au-Prince in Haiti.

The honour comes in recognition of O'Brien's dedication to helping Haiti recover and rebuild in the aftermath of the magnitude-7.0 earthquake that devastated Port-au-Prince on January 12 and was bestowed him by the mayor of Port-au-Prince, Jean Yves Jason, and the deputy mayor, Nadeje Augustin, during a meeting in the Haitian capital last week Tuesday.

Since the earthquake, O'Brien has been instrumental in efforts to attract much-needed aid relief to the stricken country - as well as to encourage businesses to consider Haiti as an ideal place for foreign-direct investment.

"In my role as goodwill ambassador for the city of Port-au-Prince, I promise to do everything in my power to ensure that the plight of the people of Haiti is kept front of mind across the globe," O'Brien said in accepting the honour.

"Over the last few weeks, we have seen a massive worldwide outpouring of sympathy and support, but much more is needed. The challenge is to achieve significant and sustained foreign investment and to ensure that this money is channelled into the right projects and succeeds in making a tangible positive long-term difference. With the right focus and planning, together we can help Haiti to rise again."

Mayor of Port-au-Prince, Jean Yves Jason commented: "Since before Digicel's launch here in Haiti back in 2006, Denis O'Brien has been a huge supporter of our country - and has worked tirelessly to ensure a better standard of living for our people through the provision of housing, educational facilities and programmes. He is very much the right person to help us to rebuild and to look to the future in a positive way.

As the single-largest investor in Haiti with a total investment of more than U$300 million since its launch in 2006, Digicel has over two million customers in Haiti. The Digicel Haiti Relief Fund has donated US$5 million to NGOs in Haiti to support the relief efforts and, to date, over US$800,000 has been raised by Digicel customers across the Caribbean and Central America through a text and voice donation line. Digicel also gave each of its two million customers US$5 in free credit - totalling US$10 million.