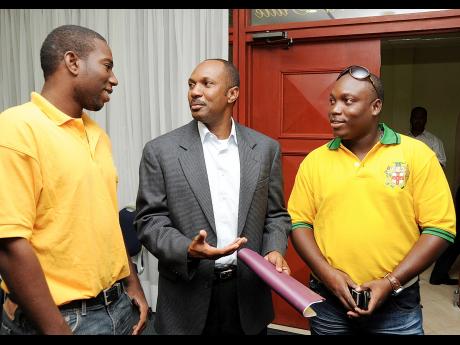 Giants Jamaica and Barbados will clash today in a match that could deter-mine the outcome of the WICB regional first-class championship.

Title-holders Jamaica, unbeaten this season, will enter the sixth-round clash at the Frank Worrell Memorial Ground as favourites. They are three points ahead of Barbados on 48 points, and an outright win will assure them of their third successive four-day title.

With Barbados having a bye in next week's final round, they will be under pressure to win, but Jamaica's coach Junior Bennett said his side would be focused on executing their game.

"This is a big match for us. We have played some good, consistent cricket throughout the entire tournament so we're just looking to go out there and execute efficiently," Bennett told CMC Sports yesterday.

"Both teams have done well so far leading up [through] this tournament and both teams know how important this match is for them so we are just looking to go out there and play good, consistent cricket.

"They (Jamaica) are extremely confident. They know that this is a big match and they are up for it."

Jamaica have been the form team this season, with four wins in as many matches. Their batsmen, however, struggled in their last outing against Combined Campuses and Colleges in Guyana, but Bennett said this was not to be mistaken for a decline.

"We always struggle at the Providence Ground in Guyana because of the low bounce and the way the surface plays," Bennett explained.

"We've put that behind us and we're just focusing on the Barbados match right now."

Bennett said Jamaica would not be targeting any Barbadian player in particular but would be focused on executing a strong, all-round performance.

Barbados, meanwhile, will be aiming to grab outright points in the contest, overhaul the leaders and then hope Jamaica stumble in their final-round match against Trinidad & Tobago.

The Barbadians have been far from solid this season, hanging on for draws against the Leeward Islands and T&T, while racking up three wins.

Coach Emmerson Trotman called on his team to be more clinical in their execution, ahead of the crucial clash.

"When we've got opponents down, we've got to keep hammering them down," he said.