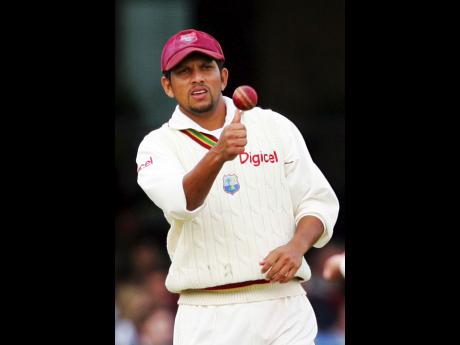 West Indies batsman Ramnaresh Sarwan has confirmed he is poised to return to action for Guyana in the WICB regional first-class champion-ship after recovering from injury.

The classy right-hander has not played a match in the region's premier four-day tournament after sustaining a back injury on the Test tour of Australia last year.

He was initially named captain of the Guyana squad but was forced to withdraw and has been undergoing treatment for the injury since then.

The
Guyana Times
reported yesterday that Sarwan had been going through net sessions in Florida over the last month and was now batting without discomfort.

"The back is pain free ... and batting is also pain free," the 29-year-old Sarwan was quoted as saying.

The publication said Sarwan had indicated his availability to the Guyana Cricket Board and would be ready for the final-round match of the tournament against Windward Islands in Grenada from February 26 to March 1.