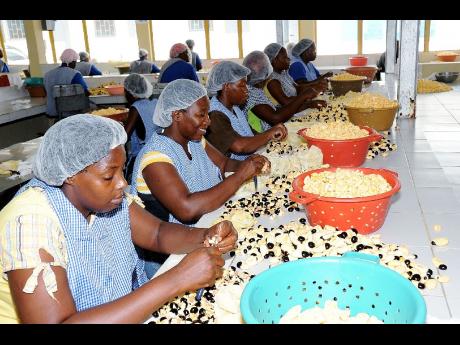 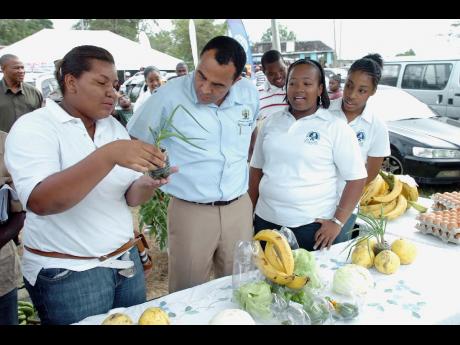 Minister of Agriculture and Fisheries Dr Christopher Tufton is given a demonstration of container farming by students of Westwood High School, during the Hague Agricultural Show 2010 in Falmouth, Trelawny, on Wednesday. - Photo by Christopher Thomas
1
2

The Ministry of Agriculture, in collaboration with the Jamaica Agricultural Society (JAS), has launched a new company to help farmers formulate and write business plans.

The company, Agricultural Investment Corporation (Agro Invest), is one of several thrusts by the agriculture ministry and the JAS to lend financial and technical support to farmers, in an effort to streamline production.

"We have put in place lending resources through the Development Bank of Jamaica, which will be administered through the credit unions, the PC Banks, even the micro-finance institutions like Jamaica National (Building Society), NationGrowth and others, to allow farmers to have better access to credit in order to carry out the activities that they are engaged in, or would like to engage in," revealed Dr Christopher Tufton, minister of agriculture and fisheries, in his keynote address at the Hague Agricultural Show 2010 in Falmouth, Trelawny, on Wednesday.

"All of those are intended to support a more business-like approach to agriculture, which is what our mandate is and what we're promoting," he added.

JAS President Glendon Harris told
The Gleaner
that, through Agro Invest, farmers who had a credible production footprint would be able to access funding.

The 2010 staging of the Hague Agricultural Show marked the event's 55th anniversary, which observed the theme 'Sustaining Local Agriculture through Productivity, Food Security and to Improve Marketing'.