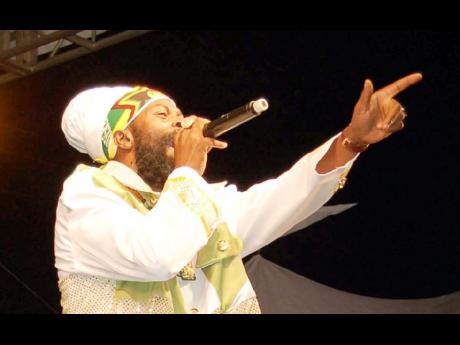 Capleton is the latest dancehall star to feel the heat from gay-rights groups in the United States. His appearances on three shows,

scheduled for this week in California, have been cancelled after pressure from the Gay and Lesbian Alliance Against Defamation and the Los Angeles Gay and Lesbian Center.

Renegade Productions, which booked Capleton for the shows, announced the cancellations on its website. He was down to appear on the Tribute to the Legends festival in San Diego on Monday, as well as both legs of the Ragga Muffins Festival, which take place this weekend in Long Beach and Oakland.

Capleton is best known in the United States for songs like
Tour
and
Wings of the Morning,
which were minor hits in that country in the early 1990s.

Formerly signed to the influential hip-hop label, Def Jam Records, Capleton never repeated that success but retains a healthy following in the US east and west coasts.

Dancehall acts have been aggressively targeted by gay-rights groups in the past five years. Beenie Man, Buju Banton, Capleton and Sizzla have borne the brunt of the attacks in Europe and North America.

Banton has taken the most heat for his anti-gay anthem,
Boom Bye Bye
, which was recorded in the early 1990s. He came under fire last year from gay activists whose protests forced the cancellation of several dates on his Rasta Got Soul US tour.

They also came out against the nomination of
Rasta Got Soul
in the Best Reggae Album category at the January 31 Grammy Awards.

In late 2009, Beenie Man was cut from the bill of a New Zealand reggae festival following protests by gay groups there.