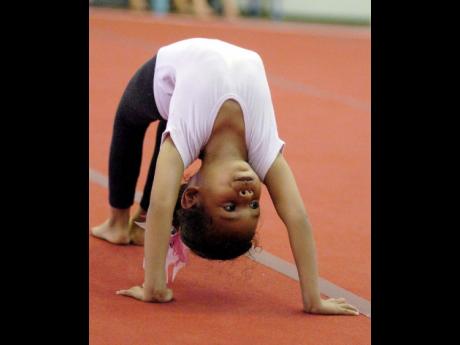 Krisann Tong of the Ishimoto School of Gymnastics showing her flexibility in the floor routine. - File 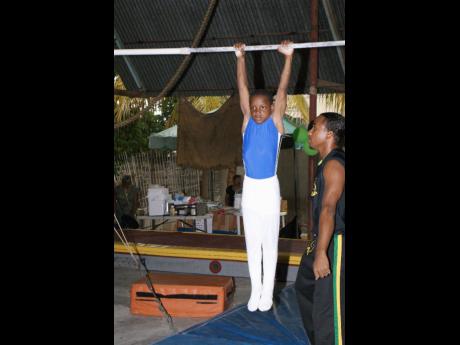 Kermani Doctor, coach of the Jamaica Amateur Gymnastic Association, believes that with better facilities and more sponsorship, the country will be able to produce a number of world-class gymnasts in the near future.

The 26-year-old Doctor, who is regarded as one of the island's top gymnastics coaches, told
The Gleaner
in an interview yesterday that he, along with the other coaches, has been working very hard to raise the awareness of the sport across the country.

He said: "Jamaica is full of talented athletes but the problem is that we don't have the facilities to groom these talents here, and so it is only the people who can afford to do gymnastics that really do it.

"I believe that with a lot more resources and more sponsorship we will be able to produce a world-class gymnast in the future," Doctor said.

Doctor, who has been a gymnastics coach for the past four years, added that the association has a number of young gymnasts who have been making steady progress.

"We have a few gymnasts in the making and we are working with them, but it takes a lot of money and so we are looking at sponsors for these children."

He added: "It (the sport) is not very difficult for youngsters to learn because it really depends on the confidence of the child. Everything in gymnastics is based on what the child can handle, what they can understand and how talented they are."

Avery Barnett, Shania Edgar, Manica Guys and Sarah Barham are among some of the Jamaica's most talented gymnasts.

Doctor stated that the association is now on a scouting mission around the island to seek talent for the national programme.

"We are doing our best to spread the sport around Jamaica because we have started a schools programme, and we have also entered primary schools to teach the basics about gymnastic there," Doctor said.