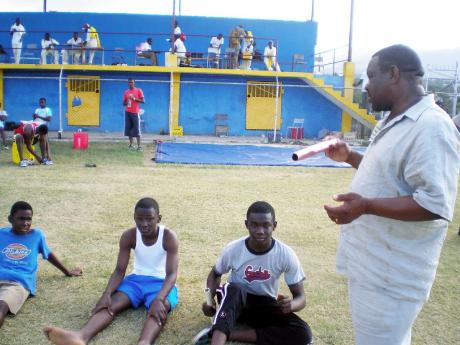 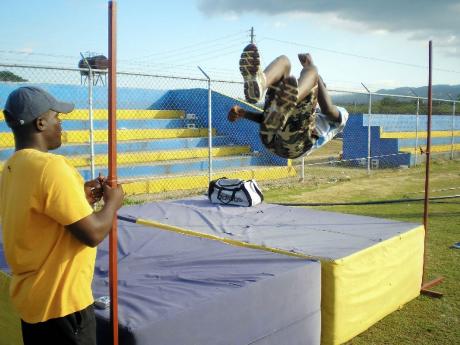 It is fair to say that St Elizabeth Technical High School (STETHS) have lost much of the power they packed in track and field during the 1980s and early 1990s.

Then, and particularly the years 1984 and 1992, the school placed second at Boys' Championships and third at Girls' Champs. STETHS were a constant feature of the 400 metres and 4x400 metres events.

The school, throughout that period, provided glorious performances and outstanding names like Winthrop Graham, Paul Bryant, Mark Senior, Dinsdale Morgan and Kenroy Levy. On the female side, there were Winsome Cole, Brigitte Foster and Shericka Williams, the last of the dominant champs athletes to take centre stage on the national level.

Michael Olliviere, who oversaw much of this period, left the scene long ago, but Eldemire Smith, a key figure from that time, is still very much involved and the point man behind the athletic operations there.

"STETHS is no big name like before, but that will soon change," Smith told
The Gleaner
during a recent tour of the school's training sessions for this year's historic 100-year celebrations. The school, he said, is eyeing this championship to test their strength before mounting a challenge for a top three placing next year.

Last year, the school, known for its all-round strength in sports, was comfortably locked out of the top five places in both the Boys' and Girls' Championships. It was not surprising, as there has been a gradual decline in their performances since the year 2000.

Two reasons have been advanced for this: Eldemire identifies the lack of sufficient specialist personnel (coaches) and Joseph Wilkie, a former athlete who has returned to coach athletes, points to inadequate recruiting incentives and motivation for athletes, once they enter the school.

"The situation with recruiting has changed. We still recruit, but we are not able to offer the things that some schools offer other athletes," Wilkie revealed.

Additionally, he says the athletic programme has been hampered by the trend where recruited students no longer pursue athletics once they have settled into the school system. There have also been instances where multi-faceted athletes gravitate to cricket or football, which has been having a renewed round of success in the school.

However, both Smith and Wilkie are encouraged by a turn of events.

For Smith, principal Keith Wellington, an avid supporter of the programme while he (Wellington) was a regular member of staff, has started to plough back more into athletics, and there are now two members of the school's sports department who are devoted to track and field. Wilkie pointed to the level of participation and performance at the recent STETHS' Invitational meet, as well as subsequent showing in the other grand prix meets.

The school has done well in the 400m and 200m for boys in all classes. The women, who garnered most of the points from the various jumping events at last year's championship, have begun to roll into top form. According to Wilkie, this has been strategic.

It is Manchester High's Shanice Porter who has grabbed most of the headlines in this area, however Wilkie is not perturbed as he believes his trio of Peta-gaye Reid, Roshelle Reid and Roshelle Farquharson will deliver again at crunch time.

"Don't watch that (referring to Porter). Our girls have just started serious work and will be ready come Champs."

Some 40 girls and 20 boys from the school are gearing to compete in the championships with the expectation that the females will dominate the field events, while the boys will be strong on the track.