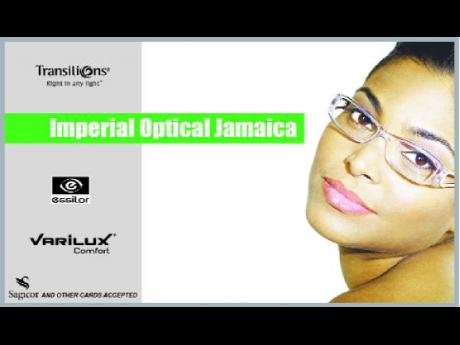 IT WAS a grand and royal farewell last week to the king of Caribbean academia and culture, Professor the Honourable Rex Nettleford, vice-chancellor emeritus of the University of the West Indies. Last Tuesday in Jamaica could properly be dubbed Rex Nettleford Day, as from morning till night, the country paid tribute to this colossus of a man who, even at 77, was still gone too soon.

As I reflect on the values that this country sorely needs to embrace for success and development, it is reinforced in my mind how many of these values were exemplified in Rex's life. Sure, he was a flawed human being in need of the grace of God, as Christians would put it. Clearly, he had feet of clay and fell short of the glory of God. But heroes need not be perfect or angelic to properly earn our honour.

There might be a few who wonder why all this fuss over 'a mere mortal' and one who all of us know (if we accept Christian Fall theology) was a sinner like the rest of us. I want to suggest what was truly extraordinary and exemplary about Rex Nettleford - and which I observed first-hand for 35 years. The first thing which would strike you about Rex was his humility. When I asked him in that Profile interview five years ago how he would best like to be remembered, he said with a chuckle but characteristic humility, "Ordinary man, OM"; his self-effacing interpretation of what that high national honour of the OM meant to him; an honour conferred when he was only in his early '40s.

Rex was always concerned about people who 'take themselves too seriously' and he set the example by never falling into that trap. In conversations he would say of some persons that they were too "self-indulgent," which in his books was one of the worst things one could be. Everyone who knew him attests that despite his phenomenal achievements and iconic intellectual stature, he never drew attention to himself. Hubris and arrogance have cost this country dearly. We could learn much from Rex's life.

Rex, of course, was never lacking in self-confidence, nor did he subscribe to the view that black people should not be proud of their achievements. He used to point out that some people were offended when black people showed self-confidence and justifiable pride in their achievements because in their view, while it was natural and God-ordained for "people of a different hue" to manifest such confidence, "uppity blacks" should not. That contempt offended him equally. Rex Nettleford modelled what it meant to be balanced.

And he also modelled what it meant to be non-partisan. Jamaica Labour Party (JLP) members of parliament could pour out their hearts in tribute in Parliament on Tuesday, for while it is known that Rex was almost a part of the Manley family, he was a true nationalist who eschewed a partisan spirit. Prime Minister Bruce Golding could speak glowingly and sincerely about him, and former JLP leader and Prime Minister Edward Seaga could genuinely complain in Parliament about the limited time he was given to pay tribute to a man he deeply respected.

Rex kept himself above the political fray, and even in the turbulent and tendentious 1970s, when Rex was a commentator on the Government-controlled and leftist-directed Jamaica Broadcasting Corporation (JBC), he was never targeted by the JLP partisans on the hustings. That says a great deal, for in that - era the lines were drawn in the sand - and often in blood. Rex was very close to Hugh Shearer, for whom he had enormous respect. Rex, as a trade-union educator and passionate advocate of worker empowerment, found natural affinity with HL, as he fondly called him.

Less known to the public, but about which he spoke to me many times, was his respect for Eddie Seaga. He never failed to mention the centrality Seaga gave to culture and his keen sensitivity about cultural matters. He would tell me how easy it was to get funding for cultural initiatives when Eddie was prime minister and when he had the cultural portfolio in the 1960s. In the 1970s when progressives dismissed Seaga as anti-black and hopelessly reactionary, Rex had a different view. Rex believed that Eddie's grounding with the black working class and peasantry, through his study of revival cults, gave him a nuanced understanding of the Jamaican people that many politicians, including those on the left, never had.

Rex used to say to me: "Eddie understands black people more than many black people understand themselves." Rex's openness to people of all political persuasions and racial stock, his inclusiveness and lack of a partisan spirit is something which this country desperately needs. He was never a tribalist.

This is why people in both the JLP and the People's National Party mourn his passing and why both speak so fondly of his contribution to Jamaica - all of Jamaica. If there could be more Jamaicans like Rex Nettleford who put country ahead of party, national interests ahead of petty partisan concerns, what strides this country would make!

At a time when increasing numbers of Jamaicans are obsessed with material possessions and bling, when people ask how much you are paying when you ask them to do the simplest service, Rex's life stands as a beacon. He could earn a lot of money doing consultancies; but he was old-fashioned. He was into service pro bono. He would serve and serve and serve, and ask for nothing. The man was simply extraordinary in this regard.

I burst into laughter years ago when I saw that he had got a good car at last. "Is must be the university that force you to get this?" I offered. He spent his money on art, books and helping to educate people - which he would do quietly. He belonged to that generation which internalised the view that the life worth living was the one in service of fellow human beings. It was that which gave him fulfilment.

When Jamaica is overrun with corruption; when everybody is hustling, running after the almighty dollar and few people have time to give and to serve, Rex's life reminds us of what life is truly about: leaving the woodpile of life that much higher. What a pile Rex Nettleford has left!

Rex has influenced so many lives. Mine is just one. On the night he died, I retreated to my study to reflect on the many lessons I had learned from him over three decades, particularly those in my early professional life. As is normal under these circumstances, I began to wonder whether I had thanked him enough for all the guidance he had given. Then I remembered that on the last two occasions we spoke, somehow I felt moved to say how much he had influenced me: how he had strengthened my non-materialistic approach to life; influenced my work ethic; encouraged my intellectual development; facilitated my obsession with books (many borrowed from his library in pre-Amazon days); bolstered my non-partisanship, generosity of spirit - so many ways.

I remember Rex's saying to me in the 1970s: "We black people have to be like the Jews: they put the emphasis on the things they can take with them - education." The Jews were persecuted all over the world and often had to run and leave property, bank accounts and other assets. So they put primary emphasis on the things which no one could take away while they could run with what they had in their heads.

When you hear that as a young man, that stays with you. You are reinforced in the things that are truly important and lasting. He also taught me gratitude. I remember telling him in 1976 that I was getting $6,000 a year as a feature writer for the then Agency for Public Information (now JIS). He said I was very fortunate; that I should be happy for I was still a young man and many did not have a job, besides many older people were not earning that. I never forgot that and what it taught me about not complaining, but being grateful.

When I was often pessimistic about our prospects, he always told me never to give up on Jamaica. No matter how bleak, he had undying faith in the Jamaican people's resilience. "We always bounce back," he would constantly tell me.

People today wonder how I do so many things and how I find the time to read as much as I seem to, do several television programmes, run several churches and write the longest column in any Jamaican newspaper. I saw Rex Nettleford do so many things and set such a blazing example in work ethic that I could not help but be influenced. He never took a vacation in all the years I knew him. Public holidays would find him in office. By now everyone knows he was in office by 5:30 a.m. And he went to office literally every day of the week. It was amazing!

Anyone who knew Rex would know that simply by the law of probability he was likely to die abroad. In the decades I have known, him he travelled almost every week of the year. Even many of those who talk about how brilliant he was still don't know the extent to which he was a world-renowned scholar and cultural expert on whom the most prestigious organisations internationally depended. His loss is not just to the Caribbean, trust me.

Rex taught me an important lesson from the 1970s. He said, no matter how much work you do outside your main job, always ensure you put that job first and leave people to wonder how you are able to fulfill all your responsibilities on that main job and still do so much outside. "Your colleagues will envy you, so make sure you remove all doubts by doing your best on your main job," he told me.

The lessons learned over three decades would fill many columns. And, in fact, they do.