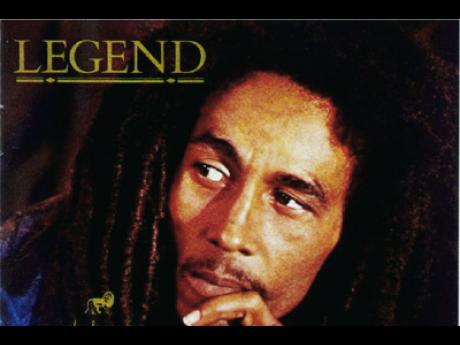 BLACK HISTORY Month is a remembrance of important people and events in the history of the African diaspora. It is celebrated annually in the United States (US) and Canada in February and the United Kingdom in the month of October.

The remembrance was founded in 1926 by United States historian Carter G. Woodson as 'Negro History Week'. Woodson chose the second week of February because it marked the birthdays of two Americans who greatly influenced the lives and social condition of African-Americans: former President Abraham Lincoln and abolitionist and former slave Frederick Douglass.

This piece of information was gleaned from Wikipedia on the net. Jamaica also celebrates Black History Month in February.

My six-year-old son, whose mother is 'black', attends a prominent preparatory school and was given homework which required that he name two 'famous black Jamaicans'. He suggested Michael Manley to his mother, who instantly said: "No, he isn't black." I objected. My son then suggested Bruce Golding. She again said "no." My wife and I then had an argument about who is black and who is not. Along the way, I said, "In that case, Obama isn't black then."

Subsequently, my wife telephoned the teacher who assigned the homework. She spoke to her and handed the phone to my son, who also spoke to his teacher. I am not sure what was said between them, although I again heard my son suggest Michael Manley and Bruce Golding to his teacher. All I know for certain is that the two names my son finally put on that homework assignment were Bob Marley and Marcus Garvey.

What this mean is that, for whatever reason, those persons were considered better answers for this assignment than Manley and Golding.

I remember my first daughter, whose mother is also 'black', preferring to attend the black graduation exercise when graduating from Stanford University some years ago. She migrated to America when she was quite young and is of a lighter hue. She said she identified more with the 'blacks', especially as this was reinforced by the way she had been (mis-)treated in the United States.

I, rightly or wrongly, had always thought that anyone with even a hint of colour was regarded as being 'black'. This matter troubled me enough for me to ask my son's teacher, in the presence of her assistant, what she meant by the question and who she would regard as black enough to be considered a correct answer. I discerned a bit of tentativeness and uncertainty between them.

Being a Chinese, born 'under the clock', I said I was always a little amused and bemused by these discussions on colour and blackness. For instance, who is considered 'fair'? This is a description I sometimes hear in depicting persons, including in police reports. "He is five feet nine inches, weighing approximately 180 pounds and is of fair complexion," for example.

I suggested to the teachers that 'fair' meant close to white. Both agreed. I continued to the assistant "for instance, would people consider you as being fair?". She instantly said "yes". Almost simultaneously came "no, you black" from the teacher. There was a little embarrassingly silent moment.

Nevertheless, I told them that I write a monthly column for
The Gleaner
and that I was considering writing a piece on this subject, although I was more than hesitant as this subject was so touchy that I would probably get myself in a lot of hot water. They, however, encouraged me as they had also experienced this ambiguity in their daily lives.

Suppose that question came up on a GSAT paper. Who would be considered 'black' or more 'black'? In other words, would Bob Marley and Marcus Garvey be considered better answers to Michael Manley and Bruce Golding?

By the way, Miriam-Webster defines fair as "not dark: fair skin". That appears to muddy the water even more.

Most of us have cousins (nieces or nephews, etc.) who we love dearly but who always seem to be in financial need. We try to help them out from time to time, but sometimes the burden is too great and we don't have the cash.

That's the way of my cousin, Air Jamaica.

Worse, that's what it is costing us even though we don't have to physically go into our pockets - we don't feel it coming out. Like someone picking our pockets.

Bruce Nobles, in that July 2009 article, was quoted as saying, "Sure you can shut it down and it would not be a fatal blow to the tourism industry. There are adequate examples to support this. About a year and half ago, two large carriers pulled out of Hawaii, taking a tremendous amount of lift out of Hawaii with a significant short-term impact on tourism and its economy. But since that time, carriers have added service, built up capacity and, frankly, it is now business as usual. Can this also happen in Jamaica? I suspect so."

Nobles should know. He is a former head of Hawaiian Airlines.

I love Air Jamaica deeply but I, for one, am sick and tired of my cousin.

Egerton Chang is a businessman. Feedback may be sent to columns@gleanerjm.com.