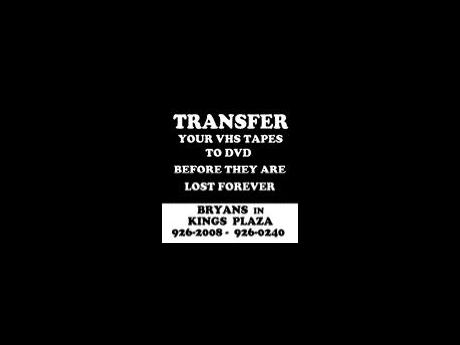 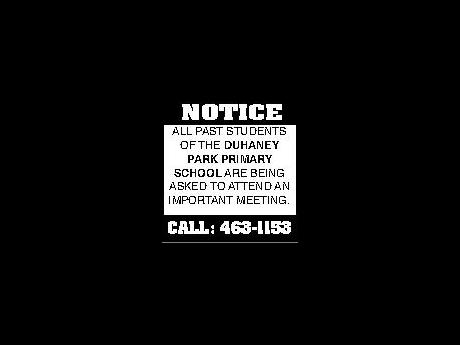 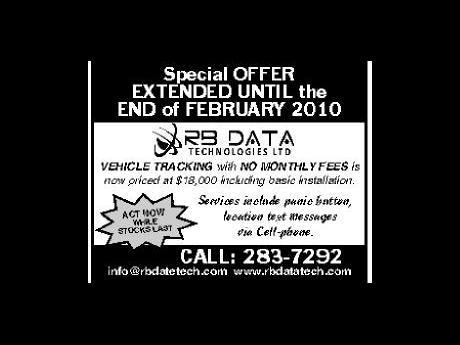 The beginning of organised athletics in Jamaica  (Part 2)

By the end of the 19th century, track and field athletics was second only to cricket in its popular appeal as a Jamaican pastime. A major contributing factor to its growing po-pularity was the inclusion of competitive athletic events at com-munity fairs and the institution of sports days in schools islandwide. For the most part, young men were the chief participants, and the 100 yards was the favourite race. The system of handicapping, which was commonplace in Britain, was also adopted by the local athletic fraternity.

In the absence of inter-community and inter-school competitions, the emerging stars were only known within their local communities. In the capital city, however, M. L. Ford had consolidated his reputation as the leading sprinter of the day.

It was against the background of steady but unspectacular progress that a Jamaican-born sprinter, Alfred R. Downer, stamped 'Brand Jamaica' at the centre of British athletics.

Downer was born in Jamaica in 1873 to Scottish parents. He evidently took pride in the land of his birth, for his autobiography,
Running Recollections
, published in 1908, begins with his claim to citizenship and the place occupied by his family in the administration of the island:

"In a certain little Jamaican village, the writer of these pages first saw the light of day ... . At the time of my birth, my father held the office of Superintendent of Police ... and my grandfather was a medical man of some importance in the island."

Interestingly, Downer never ran a race in Jamaica, for before his third birthday, he migrated with his family to Scotland. It was there that his rise to athletic fame began when he won the 100, 220 and 440 yards in the Scottish Amateur Athletic Championships in 1893. He repeated his successes in all three distances at the Scottish Championships in 1894 and 1895 to establish a record that has never been equalled.

Over the next two years, he enhanced his reputation by defeating then British champion, Charlie Bradley, in eight of 17 races, and was soon regarded as "the best of the 19th-century British sprinters who came after Harry Hutchens", the man who, between 1876 and 1884, earned the title of "the fastest runner on Earth". Hutchens' most celebrated race was run on January 2, 1884, when he won a 300-yard race around a turn in 30 seconds on a wet track at the Powder Hall Stadium in England.

In 1896, Downer lost his amateur status. He was charged with taking under-the-table payments from meet promoters and declared a professional by the British Amateur Athletic Association, and excluded from the British Olympic team for the first modern Olympic Games of 1896. Downer's times of 10 seconds for the 100 yards, 22.2 for the 220 yards, and 49.8 for the 440 yards, would certainly have made him competitive in these games. He returned to Jamaica for a visit in 1897 and was pleasantly surprised by the fact that his fame had preceded him. He lived hard and died in 1912 at the ripe old age of thirty-nine.

The Birth of the Modern Olympics

A major contributing factor to the increasing popularity of amateur athletics worldwide was the birth of the modern Olympics in 1896, the year before Downer's visit to Jamaica. The moving spirit behind the resurgence of the Olympic movement was a 20-year-old Frenchman, Baron de Coubertin. His visit to Rugby School and other British educational institutions in 1883 convinced him that the British model of using organised sports to inculcate the positive values of public morality and personal integrity could be used to promote world peace and build friendships  across racial and national boundaries. The next step to the realisation of this goal was the revival of the Olympic Games. Based on his proposals to an international congress held in Paris in June 1894, an International Olympic Committee was established, and in April 1896, 311 athletes from 13 countries descended on Greece for the first of the modern Olympics Games.

The Olympics confirmed the ascendency of amateur athletics worldwide, and British influence ensured the adoption of the amateur code in the organisation of athletics in Jamaica and throughout the British Empire.

The first home-grown superstar to emerge in Jamaican athletics was Gerald Claude Eugene Foster. He was born in Kingston on November 30, 1885, and entered Wolmer's Boys' School in 1894, an institution where organised sports was promoted as an integral part of the school curriculum.

Sports and physical exercise were a way of life for the young 'G.C.' As a boy, he walked everywhere, and on weekends, he and his friends would ride their bicycles from their homes in central Kingston up to August Town, some seven miles away. As a young man, his daily regime began with calisthenics on his medicine board and often included a three-mile hike to the Wareika Hills before going to work at the Administrator General's Department. He also swam regularly across the Kingston Harbour.

At Wolmer's, G.C.'s exceptional talent as a sprinter became evident when as a 14-year-old schoolboy, he was given a 10-yard handicap in a 100-yard race against the city's leading sprinter, M.L. Ford, and won by three yards. In 1904, before his 19th birthday, he ran the 100 yards in 10 seconds, a time that was clearly comparable to the 11 seconds run by Archie Hahn of the United States to win the Olympic 100-metre finals in St Louis that same year.

In 1906 Jamaica's first open track and field competition was staged at the newly refurbished Kensington Cricket Club. Races were run in three classes: under-14, over-14, and open. The flat races ranged from 100 yards to the mile, and in addition, there were 120-yard hurdles, the pole vault and the cricket-ball throw.

G.C. won the 100 and 220 yards while his brother, 'AJ', took the 440 and 880 yards. Other winners included J.M, 'Fire' Hall of Jamaica College in the under-14, and Fred Mercier in the over-14 classes. A special feature was an inter-schools 4 x 100 yards relay, which was won by a Wolmer's team comprising Fred Mercier, J.M. Nethersole, Jim Morrison and E.S. Hendricks, the father of the celebrated Jamaica and West Indies wicket-keeper, Jackie Hendricks.

In 1908, G.C. Foster shocked the Jamaican athletic community by winning the 100 yards in the Open Championships in 9.8 seconds to establish a new Jamaican record, beating the island's leading sprinters, H. Simms and M.L. Ford, in the process. In a subsequent meet, he lowered his time to 9.7 seconds 0.1 seconds outside the existing world record. He had become the first home-grown Jamaican sprinter to establish world-class credentials.

G.C. Foster and the 1908 London Olympics

The fourth summer Olympic Games was scheduled to be held in London in 1908. With a 9.7 clocking under his belt, G.C. had clearly earned a place among the world's leading sprinters. The pace had been set by John Owen Jr of the Detroit Athletic Club, who, on October 11, 1890, had become the first amateur to break the 10-second barrier when he ran 9.8 seconds at the AAU Championships that year. In 1902, Arthur Duffy, who attended Boston High School, lowered the record to 9.6 seconds in the AAA Championships held in New York on May 31. Then the Olympic Games of 1904 and 1906 confirmed the arrival of Archie Hahn, Nate Cartnell and Fay Moulton, all of the United States, to the ranks of elite sprinters. Finally, by 1908, Reggie Walker (South Africa), Robert Kerr (Canada) and James Rector (USA) emerged as the leading contenders for the Olympic crown.

This was the field against which G.C. sought to compete when he wrote to the celebrated British athletic coach, Harry Andrews, to assist him in his bid to enter the 100 metres at the Olympics. He booked his passage on a banana boat only to be told on his arrival that since Jamaica was not affiliated to the International Olympic Association, he was not eligible to compete in the Games. Fortunately for G.C. and Jamaica, Andrews persuaded him to remain in England and participate in the meets which were held after the Games.

In the Olympics that year, there were 62 entries from 17 countries in the 100 metres. Only the winners of the 17 heats went on to the semi-final round from which only the winners of the four semi-finals qualified for the finals. The winner was Reggie Walker of South Africa in a time of 10.8 seconds, and fourth place went to Nate Cartnell of the United States in a time of 11 seconds. There is no doubt that G.C. Foster's 9.7 clocking over 100 yards would have made him competitive at the Olympics, had he been able to compete. The proof came in the meets after the games.

Foster ran the 100 metres in 10 post-Olympic track meets held in England and Ireland. While his win over Irish-American sprinter A.J. Northridge is the most celebrated in Jamaica, it was his defeat of John Morton (Great Britain), Nathanial Sherman (USA), and Patrick Roche, the Irish national champion, which confirmed his class. In the Olympics, Morton had run 11.2 seconds in his heat to place second, while Sherman and Roche had each run the same time as Morton to win their respective heats and gone on to second place in their respective semi-finals.

G.C. returned to Jamaica having established that a home-grown, home-trained Jamaican athlete could compete with the best in the world. He also brought with him a storehouse of knowledge acquired from his interactions with Harry Andrews, which he would use over the next 50 years to establish the technical foundations on which the superstructure of Jamaican athletics has been built.