Air Jamaica: How the divestment is being done 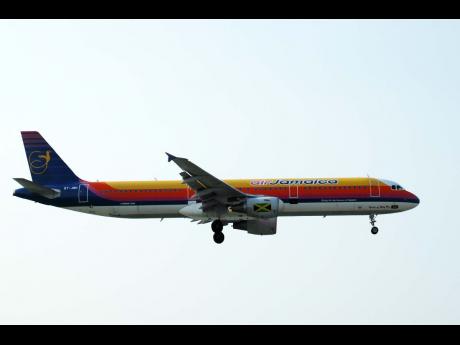 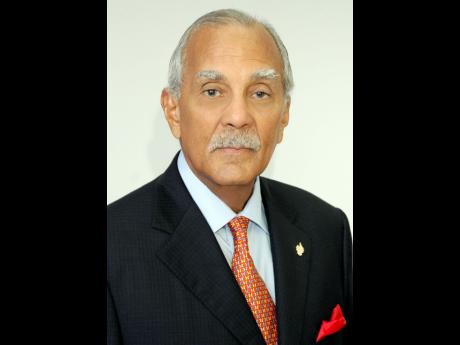 The following is an outline of the process used in the divestment of Air Jamaica as provided in a statement from chairman of the Divestment Committee, Dennis Lalor.

In an effort to bring clarity to the discussion about the process which was and is being applied in the divestment of Air Jamaica, as chairman of the Divestment Committee, I wish to advise as follows:

1. What are the objectives of the Air Jamaica Divestment Project and what is the connection to the International Monetary Fund (IMF)?

a.
The objectives of the divestment project were twofold:

i.
Given the intensely competitive environment in which Air Jamaica operates - an environment dominated by large, privately-owned airlines - it was determined that there was no economic rationale for the continued involvement in Air Jamaica by the Government. In fact, analysis showed that some of the weaknesses of Air Jamaica - for example, its inability to improve its overall operational performance and its difficulties in forging alliances with other carriers - were attributable to its status as a state-owned airline.

Therefore, the first objective of the divestment project was to ensure the long term, sustainable development of Air Jamaica, through a partnership between the Government and a private sector investor who had adequate technical expertise and financial strength and who would implement a sound business plan for Air Jamaica's future.

ii.
It was estimated that the cost of Air Jamaica to the Government was unsustainable. It has been noted that the airline experienced losses in 40 out of its 42 years of existence. As at the end June, 2009, Air Jamaica's financial statements showed an accumulated deficit of US$1.4 billion.

The second objective, therefore, was to effect the removal of Air Jamaica from the national budget, so that those resources could be released to support critical infrastructural and social services.

b.
The Government of Jamaica decided on the divestment of Air Jamaica in late 2007 and took the first steps toward implementation of that decision in early 2008, via the mobilisation of international consultants and the appointment of the Air Jamaica Divestment Committee. This was before any discussions began with the IMF. However, since the Government initiated discussion with the IMF in 2009, the IMF has confirmed the accuracy of the analysis and objectives which were outlined in
a.
, above.

2. How transparent has the divestment been?

a.
At the start of the project in March 2008, the Government established that it was keen on implementing a transparent and non-discriminatory bidding process, so that any suitably qualified investor would be able to participate. Toward that end, the Divestment Committee:

i.
Prepared and issued a teaser to investors over the period April - May, 2008;

ii.
Prepared and issued an information memorandum in October 2008;

iv.
Placed advertisements in international newspapers such as
The Economist
and
The Financial Times
, as well as in specialised aviation publications.

b.
In all of the communication materials listed above, the Government established clear guidelines:

i.
Potential investors were asked to demonstrate their technical expertise and financial strength, as the Government did not want to divest the airline to a party which would be incapable of ensuring its long term, sustainable development:

The technical strength criterion required the proposed investor to have a track record of managing airlines of a size at least the equivalent of Air Jamaica. This included:

A description of the interested party's organisation, including biographies of key management;

A description of the interested party's experience in the aviation industry and/or list of recent equity-type transactions.

The financial strength criterion required the investor to have 'current' financial resources which were 'superior' to the investment required in Air Jamaica - that is, in terms of equipment, aircraft-related assets, information systems, etcetera - as well as to cover the likely initial losses that the rolling-out of a new airline would create.

'Current' meant that the investor should already have the financial resources required;

'Superior' meant that the proposed investment in Air Jamaica should not lead the investor to insolvency. With that in mind, the amount of financial resources determined to be adequate was set at two to three times above the amount required.

The requirement for a demonstrated ability to meet those criteria was a call for the submission of standard documentation in the form of bank guarantees, financial statements, letter from auditors, and/or other relevant documentation.

ii.
Potential investors were asked to submit proposals highlighting their qualifications, as described above, as well as their plan for the future of the airline.

1.
The requirement for a plan called for:

a.
The professional and consistent description of the entire spectrum of topics related to a new airline business - including the following:

The routes and frequencies plan - that is, how many flights to what destinations;

The aircraft fleet - that is, which fleet Airbus/Boeing or other, ownership versus lease, number of aircraft, etcetera;

Marketing and sales strategy, whether through direct sales or through agents;

Maintenance plan, whether in-house or outsourced;

Staffing plan and / or other relevant documentation.

b.
A summary of the entire business in a detailed financial model, so that the Divestment Committee could assess the financial sustainability of the proposed venture and could ensure that the financial resources to be invested would be sufficient under different scenarios.

iii.
Registered prospective investors were required to adhere to a clear timetable, as follows:

1. March 2008 to June 2009
:Submission of expression of interest and signing of non-disclosure agreement;

Note that the original deadline was March 31, which was extended by Minister Don Wehby, who had responsibility for Air Jamaica, to June 30 by public announcement.

c.
With the support of international consultants - IFC, SH&E, Hughes Hubbard & Reed - the Divestment Committee assessed adherence to the requirements/guidelines by each interested party who submitted proposals.

3. What was the outcome of the divestment process?

a.
Seven companies submitted expressions of interest, five of which fulfilled the requirement to provide information on their financial strength and aviation expertise;

b.
The Divestment Committee analysed the submissions and concluded that four of the five companies met the technical and financial criteria;

c.
Ultimately two of them - Indigo Partners and Caribbean Airlines - submitted proposals before the deadline of June 30, 2009;

d.
The Divestment Committee, assisted by IFC and its specialised consultants, evaluated the strengths of each proposal, following a pre-determined evaluation approach - that is, a weighted scoring system - which had been communicated to the bidders. Each submitted proposal was evaluated against objective, quantitative factors.

e.
The Divestment Committee then produced an evaluation report which detailed the results of the evaluation and which concluded the following:

i.
The qualifications of both Indigo Partners and Caribbean Airlines were confirmed;

ii.
The two proposals submitted were evaluated as being viable options for the future of Jamaica's national carrier. However, each proposal had different strengths and weaknesses and the final scores achieved by both proposals were close;

iii.
Indigo Partners' proposal scored marginally higher than that from Caribbean Airlines and, as a result, the Divestment Committee recommended its bid to the Government. That recommendation was accepted by the Government and negotiations began in July 2009 on an exclusive basis.

The Divestment Committee is satisfied that, throughout the life of the Air Jamaica divestment project, the Government of Jamaica has taken all steps possible to ensure a fair and transparent bidding process and to protect Air Jamaica against the threat of transferring its management to an unqualified and unprepared investor.