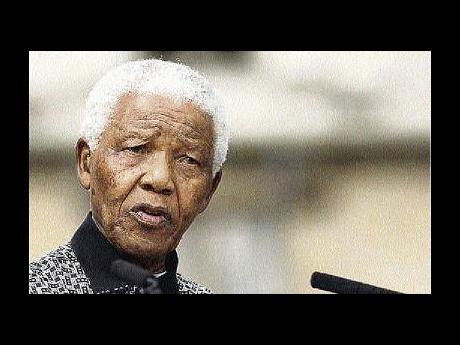 This is the final in our four-part series in celebration of Black History Month.

On February 10, 1985, Nelson Mandela, at the time a political prisoner, announced to the world that he had rejected an offer of conditional release from the then South African President P.W. Botha.

That was 25 years ago. The announcement was voiced by the feisty and courageous Zindzi Mandela, his youngest daughter. She stood up to a United Democratic Front rally in Soweto to address a crowd of thousands.

Her mother, the irrepressible Winnie Mandela, was under house arrest far away in the Free State town of Brandfort. She had been given special permission to visit her husband and collect the message from his holding cells in prison. The authorities did not, however, give her permission to attend the rally. She attended anyway. Shielded behind sunglasses and a headscarf, Winnie Mandela blended in with the other mamas in the crowd. She insisted on being there.

Such resilience and mettle, demonstrated time and time again by the Mandela women and many others less publicised, is akin to the 'audacity of hope' phrase coined by United States President Barak Obama.

In situations that are seemingly insurmountable, the audacity of hope prevails, and what many regard as miracles do occur.

Zindzi, a teenager, recalls the day and reflects on the pride she felt at being chosen to read the watershed speech which is recorded in people's minds and the annals of South African history for ever.

"I was very proud that I had to do this for him. It was a great honour because he was not only a father but a comrade. It was a very difficult thing for a child: wanting my father to come home but at the same time understanding why he had to reject the offer."

Undeterred, Zindzi opened the speech by saying: "My father says," she continued to read the speech which outlined the history of the struggle against apartheid.

"I am not prepared to sell the birthright of my people to be free. The speech went on to outline why the African National Congress had been forced to adopt the armed struggle and ended with:

"Only free men can negotiate. Prisoners cannot enter into contracts. Your freedom and mine cannot be separated. I will return [to prison]."

Nelson Mandela was unconditionally released five years and a day later on February 11, 1990.

As the great man often reminds us, he was not alone. He was encircled by a cadre of comrades. Together they consulted and made decisions. Together, they stood firm in resistance. Women in the apartheid struggle also stood firm. They were unified in their common cause and vision.

Which freedom battles are we currently waging as women in resilience and unity? There is a thin line between liberation and freedom. What would your father say?