Gang data off the mark - PMI 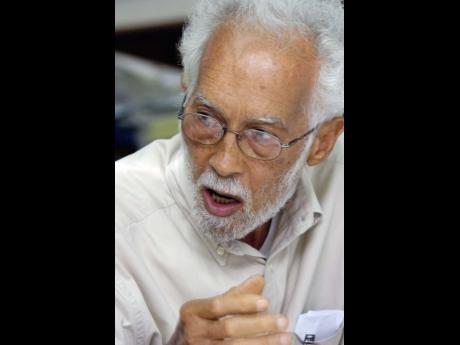 THE PEACE Management Initiative (PMI) has taken police intelligence and the Ministry of National Security to task about the estimated number of gangs in Jamaica.

PMI spokesman Horace Levy told
The Gleaner
his organisation was concerned about the definition of gangs and the implications for the safety of young men who hang out on corners but are not criminals.

In contrast, National Security Minister Dwight Nelson has stressed that high-level police intelligence revealed that 268 gangs are operating throughout Jamaica.

It was for that reason the minister said he was focusing on preparing strong anti-gang legislation.

Nelson said the proposed legislation was designed to target, infiltrate and dismantle criminal gangs; identify and arrest members of criminal gangs; ensure long sentences for gang members; conduct a thorough historical and proactive investigation into the activities of gang members; develop intelligence as to each member's association with and participation in gangs.

But Levy told
The Gleaner
that while his organisation does not object to the enactment of such legislation, the PMI was concerned about the definition of gangs, which has given rise to incorrect data on the number of gangs in the country.

"You can't just characterise any crew on a corner as gangs," declared Levy.

"Frankly, the figures are inflated," said the man who is part of the team which has sought to foster peace in volatile communities.

Levy has asked the United Nations special rapporteur on torture and other cruel and inhumane treatment, Manfred Nowak, to review the issue.

Nowak had raised concerns, in his preliminary report released late last week, that detainees were held for excessively long periods before being released or charged.

He said a probe into one case uncovered a detainee who had been in the system for five years.

Levy said given Nelson's warning that anti-gang legislation would be harsh, suspected gang members who are not criminals - but simply members of a roadside group - might languish behind bars.

Undp to get report

Nowak, who released an unflattering preliminary report on the condition under which detainees, inmates and children in state care are held, has time to do so as his work will continue into March.

The special rapporteur's final report will be dispatched to the Government for comment before it is sent to the United Nations Develop-ment Programme.

Nowak said that report is likely to be released to the Jamaican public this summer.

The national security minister had said that mushrooming criminal empires and Jamaica's galloping murder rate - claiming a record 1,680 lives in 2009 - had forced the Government to move to destabilise and dismantle gangs.

He said the
Gang Threat Assessment Survey
, conducted last year, revealed the existence of 268 gangs, with more than 3,000 members, operating in 16 of the 19 police divisions.

He disclosed that the gangs were rampaging the Corporate Area, St James, Clarendon and St Catherine, and figured prominently in murder for hire, human trafficking, prostitution, kidnapping and gun trafficking, as well as cybercrime.