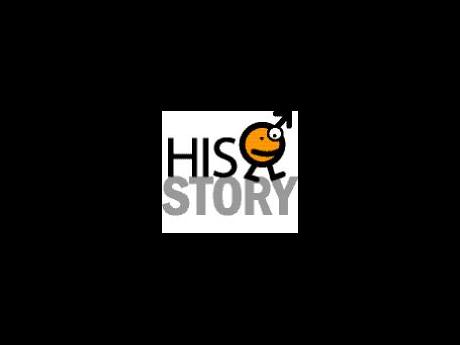 Dyke and Dryden Limited, formed in 1968 from a previous partnership which sold mainly records from Jamaica, revolutionised the industry of cosmetics, hair and skin-care products for black people in the United Kingdom (UK). Led by Len Dyke, Dudley Dryden and Tony Wade, the business grew from one retailing outlet in London to several more in the UK.

Wholesaling and manufacturing subsequently became a part of the company's operations and, defying all odds, including racism, the company became the biggest black-owned business in all of the UK. Their marketing arm, Afro Hair and Beauty, was pivotal in opening up markets in Europe, and the annual hair and beauty exhibitions were overwhelmingly successfully.

Being a supplier of products from the United States and their own brands, they had a stranglehold on UK markets, but they also recognised that there were huge markets in east and west Africa. There, their marketing machinery went into action and Africa embraced them. Nigeria, Uganda and Ghana gave them huge support, with more coming from Kenya and Gambia.

The ownership of Dyke and Dryden Limited was partially changed in 1987 when Dyke and Dryden sold their shares to Soft Sheen Products, a hair-and-beauty corporation based in Chicago, Illinois. There were reservations from many quarters about the majority ownership by the American company, and things were changed significantly with the management.

Wade was no longer in charge. The Americans had their own ideas of running the company - decisions that were not beneficial to the company's profitability, in Wade's estimation, were taken. The new owners didn't understand the UK markets, there were delays and hold-ups, Wade's first-rate financial manager resigned out of frustration, Wade had no control over some of the appointments and new staff members were either inept or unprepared. Moreover, there were no clear management strategies; too many persons were in charge. All that Len, Dudley and Tony had worked for was now on the verge of crumbling.

"Despite this colossal pressure, I never lost my nerve and simply summoned up that reserve of inner strength which situations like these call for. I could not have done otherwise, for I was still the managing director, if in name alone, to whom everyone looked for a solution," Wade writes in
The Adventures of An Economic Migrant
.

There were also challenges from some of his senior managers, who colluded with some personnel from Soft Sheen to buy Soft Sheen shares, thus making them the majority share-holders. But unknown to them, they couldn't do that without Wade's permission, and when he bought back the shares from Soft Sheen, the conspirators were eventually dispensed with.

Back at the helm

The first offer to buy back Soft Sheen's shares was rejected in 1994, but the following year Soft Sheen Products relented, and Tony Wade was back at the helm of the company that he and his two partners erected from the ashes of the 'fire-sales' of records.

Reconstructing, cutting and reorganisation were first on the recovery list. Eventually, the retail and wholesale units were either sold or shut down, and the company's focus was now on manufacturing. In January 1998, Wade sold Dyke and Dryden Ltd to a South African group of companies. It was the end of an era that saw the three West Indians making a tremendous impact on the development of black businesses in the UK.

But if they were too busy with the running of the company, it didn't show because they were equally well-known for their involvement in the community at all levels. The number of clubs, societies, charitable organisations, etc., to whom they have made sterling contributions, financial and otherwise, is significant.

They were called upon to lead many projects and endeavours, and it was a pleasure to serve. Wade, who had gone to the UK to qualify himself to work in the public sector, ended up being the owner of a successful business, but he was widely requested by local government authorities to spearhead programmes that were to change the lives and lot of many people across the UK.

After the Brixton Riots in 1981, Wade was appointed by the government to lead one of the initiatives to quell the high level of discontent among some sections of the black community. He became chairman of the North London Business Development Agency, which he served for 12 years, implementing the recommendations made by Lord Scarman, the judge who headed the enquiry into the riots.

Another notable appointment, in 1993, was that of chairman of Brent Housing Action Trust, in which Wade was put in charge of improving the economic, environmental and social conditions of the Stonebridge housing estate in the borough of Brent. The high-rise buildings, which housed about 5,000 people, were in varying states of disrepair, and the area had a sort of 'do-not-go-there' reputation. With Wade's wise and measured leadership, the estate was resurrected in more ways than one.

According to Wade: "The importance of the appointment was not lost on me, for it was the first such appointment of a black person to the chair of a non-departmental public body. It was certainly a massive challenge in terms of scale, for inner-city deprivation and the many social problems attached to the area were massive."

For their entrepreneurial and community spirits they were rewarded in many ways with Dryden and Wade being named members of the Order of the British Empire - Dryden in 1984 and Wade in 1987.

Wade adds: "The event remains for me a moment of great honour. The citation was for my contribution to employment. It was with a sense of much humility that I offered my sincere thanks to my staff and all the people who had made the occasion possible."

There were many more awards for Wade, some of which are
The Gleaner
150 Years Special Merit Award for Business, the 2005 Lifetime Achievement in Business Award at the UK Trade and Investment Black Enterprise Awards, the Sunrise Golden Award and a proclamation issued by Atlanta City Council for establishing business relationships between businesses in England and Atlanta, Georgia, US.

Wade says, "I have, throughout my entire business life, always contended that the success of my partners and myself in business had much to do with the partnerships we built with our community, one which our community aspirations and dreams were much the same - a means of working to release ourselves from economic domination, and of trying to achieve economic liberation."