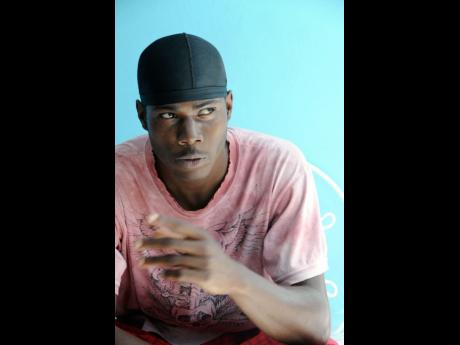 When Bibbs 'Emmanuel' Duncan's baby brother went missing in Kingston in 1990, he filed a report with the Kingston Central Police Station. Eighteen years later, Marvin Duncan was reunited with his family after being taken by the police to an orphanage to be raised.

It was a Friday morning when Winnifred Duncan left Clarendon with her youngest child, four-year-old Marvin, to go to Kingston. Winnifred was working in the market that day so she left Marvin in the care of her oldest son, Bibbs.

"It was the first I was seeing him since he was a year old," Bibbs said. "I can't remember when it was exactly, but it was around the time when Mandela was released from prison."

Left to come back

Bibbs left his daughter, Dana, two years old at the time, and Marvin with Dana's mother.

"I went out on the road, but tru I not used to the place, I got mixed up," Marvin said, his eyes focused on the ground as he recalled what had happened so many years ago.

"I got picked up by the police," he said.

"They took me to the station. I don't remember which one."

Bibbs insisted he could not tell his mother about her missing baby.

"She woulda dead right there," he said. "She would have died."

So, just after 8 p.m. that same Friday Marvin went missing, Bibbs said he filed a report at Kingston Central Police Station and an announcement was aired on the radio.

That's how Marvin's parents found out. Someone told Winnifred they had heard her name on the radio.

"Me never know what to do," she said, shaking her head repeatedly, holding up the blue tarpaulin against the wind at Coronation Market where she sells oranges at this time of the year.

"Him being back help my mother live a little longer. I am so glad that he is back."

When no one went to the station to claim the three-year-old boy, Marvin was taken to Reddie's orphanage, in Kingston, where he lived until he was 10 years old.

Marvin, entering his pre-teen years, was sent to Mount Olivet, an all-boys orphanage in Manchester. He didn't eat peas and stayed away from pork.

He was also good at football and played defence. However, there were times when he said he felt the need to be on his own and would find a private spot to listen to his music.

"I'd just get away from the crowd, the noise," he recalled, his toes now playing with his slipper.

"I'd just be by myself sometimes. There was a lot of us, lots of fights and trouble."

He attended Spalding High and enjoyed biology. His mathematics teacher and mentor, 'Mr Campbell', looked out for the teenager.

"We'd lose our lunch money for the week. The director at Mount Olivet had all the privilege to take our stuff.

"I told Mr Campbell things and he'd help me out," he said.

Marvin could not quite remember what "things" he used to tell his teacher, but he said Mr Campbell would give him lunch money and bus fare to get home.

When Marvin turned 18, it was time to leave the orphanage and make it on his own. He got a job in Christiana, Manchester, as a store keeper. It was in Christiana, in the last quarter of 2008, that a church sister made her discovery.

"One day one of my mother's church sisters saw me," Marvin said. "She said she kept hearing my name 'Marvin, Marvin' and she told me I have a strong resemblance to this family that she know."

She was unable to give an idea of how many other children might be facing similar displacement, but said "the numbers could surprise us".

Inspector Steve Brown, of the Constabulary Communications Network, said he would have to verify whether a report was made at the Central Police Station back in 1990.

Marvin now lives in Frankfield, Clarendon with his parents, spending his days on the hillside with his father, farming yams even though he wants to be an electrician.