Effects of growing up in an orphanage 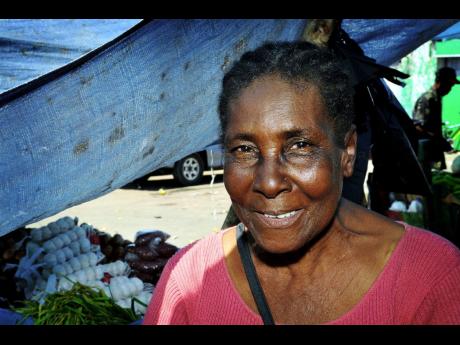 Winnifred Duncan, pictured here at Coronation Market, was distanced from one of her sons when he was three years old. They are reunited eighteen years later. - kyle mcpherson/freelance photographer

According to clinical psychologist Dr Karen Richards, there are issues that could arise from being raised in an orphanage, only to be reunited with family at a later date. These include detachment, emotional loss, guilt, and other adjustment issues.

She also said there could be a mismatch in how a child, after being reunited, may feel about his or her family, and how the family feels about the child.

"It is like these people are strangers," she said.

She said the child may feel anger because he or she could feel robbed of time with family.

"Your family heritage is important," she said.

"She said she kept hearing my name, 'Marvin, Marvin', and she told me I have a strong resemblance to this family that she know."

Wright was unable to give an idea of how many other children might be facing similar displacement, but said "the numbers could surprise us".

Inspector Steve Brown of the Constabulary Communications Network said he would have to verify whether a report was made at the Central Police Station back in 1990.

Marvin now lives in Frankfield, Clarendon, with his parents, spending his days on the hillside with his father, farming yams, even though he wants to be an electrician.