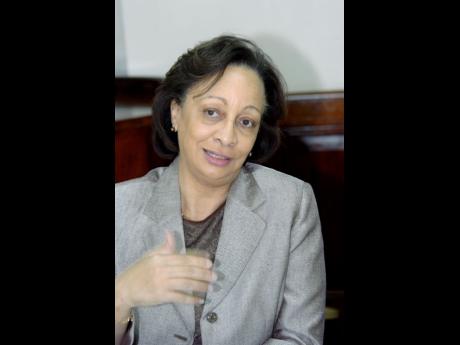 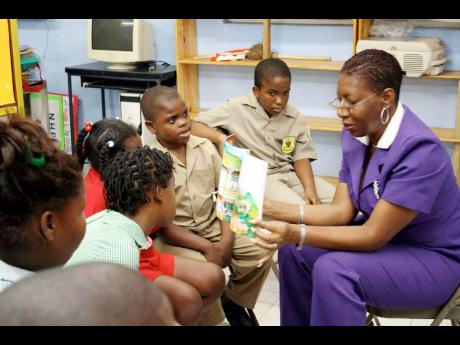 Grade-two students in the Special Education Programme at the St Peter Claver Primary School in Kingston, give Dawn-Marie Brown, of the Capital and Credit Financial Group, their full attention as she shows them a picture from the story she read to them on 'Read Across Jamaica Day' observed on May 5, 2009.
1
2

Samms-Vaughan said many of these challenged children who have passed through the system undetected and did not do well could have done better if identified and provided with the appropriate intervention services.

"It would have had an impact because ... over the years, those children would not be performing at the optimum level, so it means that it would impact on the country's educational attainment level," said Samms-Vaughan, chairman of the Early Childhood Commission (ECC), which is spearheading the transformation of the island's early childhood institutions.

The professor, who pointed out that the most common learning disorder is dyslexia, also said that the affected children "would have long-term self-esteem problems".

She stressed that early identification is critical when dealing with developmental or behavioural disorders.

Samms-Vaughan revealed that the ECC has a national plan of action for screening and early identification that is coming on stream and will "include a four-year-old readiness evaluation, and that's before the grade one intervention".

She emphasised that the national plan of action is not a test that children can pass or fail.

"It is about identifying children who have not reached the required readiness level at age four years," she explained. The age-four assessment, which will take place at the end of the second year in basic school, will provide a window of opportunity during the third and final year for the implementation of the necessary interventions to get the affected children ready for primary school.

At pre-school level, the problem is largely developmental, Samms-Vaughan said. In the absence of a local study to accurately describe Jamaica's situation, the professor, taking her cue from international data, reasoned that approximately 15 per cent of the nation's children "are going to need some sort of special educational service".

"That's the worldwide figure and you are unlikely to put 10 to 15 per cent of your population in special schools.

"The population of children that are going to need additional support, that proportion is so large that all teachers (need to) get some exposure to special education, separate and apart from the teachers who are specifically trained for special education," she advised.

The ECC chairman admitted that Jamaica is not where it should be on special education. She, however, hastened to point out that plans are afoot to turn the situation around.

"Right now we are identifying how much of a problem we have, and we are making plans for the interventions."

She warned, however, that anything that needs to be done cannot happen overnight.

Meanwhile, Antonica Gunter-Gayle, programmes director of the Early Stimulation Programme, lamented that the programme, like other special education offerings in the island, is stretched thin.

"We, too, face some of these issues," she told
The Gleaner
. Gunter-Gayle said that, at the end of each year, the programme prepares 50 special-needs children for introduction into primary-level special education, but is not able to find places for up to half of that number. Launched in 1975, this Ministry of Labour and Social Security initiative has aided 33,000 children with disabilities. Some 1,441 children up to age six years are currently enrolled in the programme at its Hanover Street headquarters. The needs of another 90 children are catered to at the programme's Portland branch that was started two years ago.

Gunter-Gayle, who has been with the programme for 21 years, revealed that there has been a spike in the number of parents seeking help for their challenged children.

"Children were once locked away ... . That child would be in a back room locked away (but) parents are coming out now. They (parents) are realising that they are children first," she said.