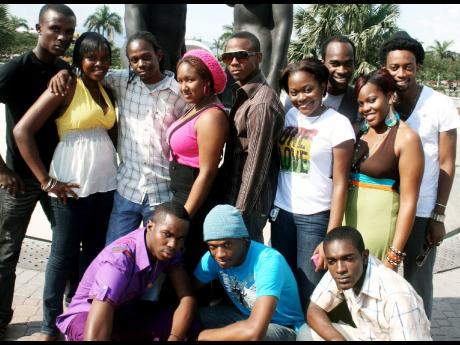 Jamaica and Denmark have been twinned recently at a brief ceremony in Manchester, England as part of Contacting the World 2010 - a pioneering international theatre festival linking young people's theatre groups from around the world in the spirit of creating theatre across boundaries of geography and culture.

Jamaica Youth Theatre will represent Jamaica while The Radiator Factory Crew represents Denmark. The festival, which will take place in Manchester, England, will include other participants from Iran, Palestine, United States, South Africa, India, United Kingdom, Switzerland and The Netherlands.

Based in Copenhagen, Denmark, the Radiator Factory Crew is a multi-disciplinary group of young people, 15 to 25, who are trying to mix a wide range of street cultures - graffiti, parkour, street dance, street music, rap, digital words, film and video in their search for artistic expressions

More than 150 young people from the 12 theatre companies selected were randomly twinned to engage in a seven-month long exchange process to create brand new, visionary and truly global theatre/art. Contacting the World 2010 culminates in July when all the participants travel to the UK to participate in a festival of workshops and new performances.

Founded in 2004, Jamaica Youth Theatre (JYT) comprises young thespians from across the island, each with a burning passion for theatre. JYT creates cutting-edge popular theatre, targeting young people as a means of social change, with a commitment to using Jamaican indigenous forms and popular culture to engage its audience.

Funded by the Arts Council of England, this revolutionary international-exchange project is developed and organised by Contact Theatre, one of the UK's leading, award winning arts organisations working with young people based in Manchester in the North West of England.