The label behind Jah Cure 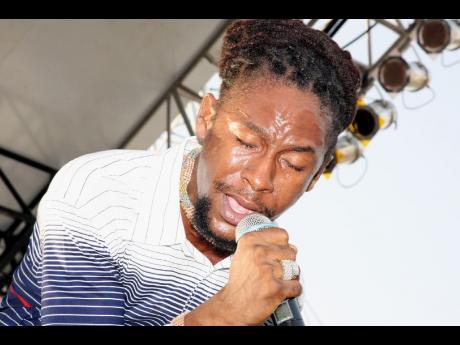 The tremendous success of international reggae artiste Jah Cure is not based on pure luck but a combination of organisation, planning and expertise.

Danger Zone Music Group (DZMG) emerged in the year 2000 out of a need to provide positive and quality music to the masses, and Jah Cure has benefited from this aim throughout his career.

Headed by Delmar 'Della Danger' Drummond, DZMG, in the past, has managed the careers of Ce'Cile,

Mickey Pelpa and Cutty Corn, but now focuses on the careers of Jah Cure and Hezron, and also does exclusive bookings for them.

With the Danger Zone Sound System as its nucleus, DZMG has, for the last nine years, maintained a presence in the local and international music market, churning out high-quality music.

Not only is DZMG a management company but it's also a production house and is credited with releasing the 'Journeys' rhythm, produced by Della Danger, which featured
Journey
by Jah Cure, Ce'Cile's
Ride or Die
,
Plant It
by Jigsy King, featuring Ce'Cile,
Show Off
by Jigsy King and Tony Curtis, and
Poochie Loo
by Cutty Corn.

The 'Journeys' rhythm followed on the success of the 'Jamdown' rhythm of 2007, which won the Best Reggae Compilation Album award at the 2008 RIAJAM awards, also giving Della Danger the Executive Producer's Award. And the 'Wipe Out' rhythm, which featured hits from Beenie Man and Buju Banton.

Come this summer, DZMG will release its latest reggae rhythm, 'Twilight'. The rhythm will feature some of Jamaica's top reggae artistes.

In 2009, DZMG, in collaboration with SoBe Entertainment out of Florida released Jah Cure's
Universal Cure
album. The album peaked at number 2 on the Billboard Top Reggae Albums Chart and just missed out on being nominated for a reggae grammy.

and several other top producers.

Fast forward to 2010 and Danger Zone is still going strong with their top-flight artiste Jah Cure winning three EME Awards and now working on his next album slated for a summer release.