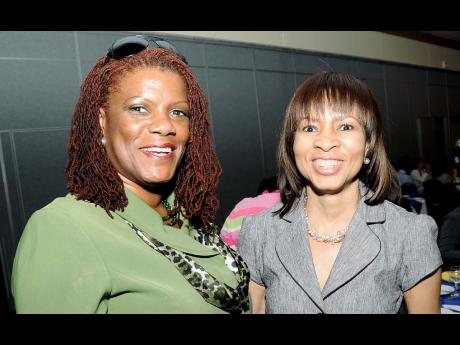 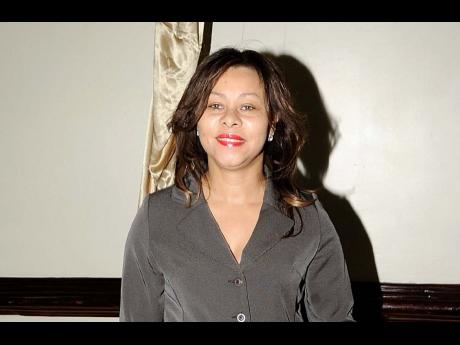 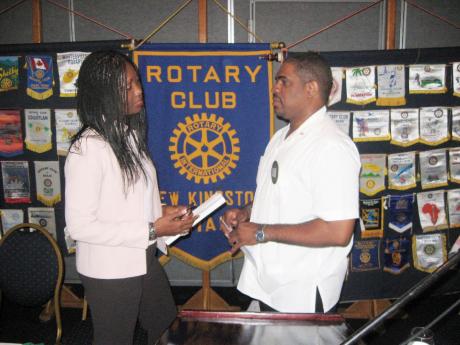 Intralot Jamaica Country Manager Millicent Lynch (left), chats with Rotary Club of New Kingston executive member Godfrey Boyd, during a recent meeting of the club, at The Jamaica Pegasus hotel in New Kingston. Lynch was the guest speaker at the meeting. - Contributed 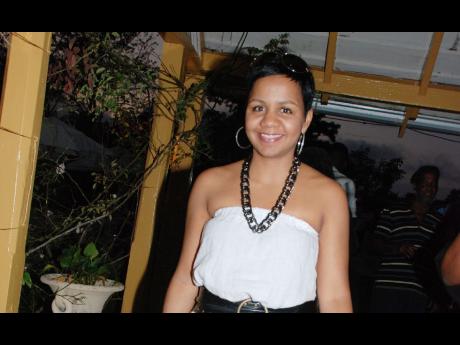 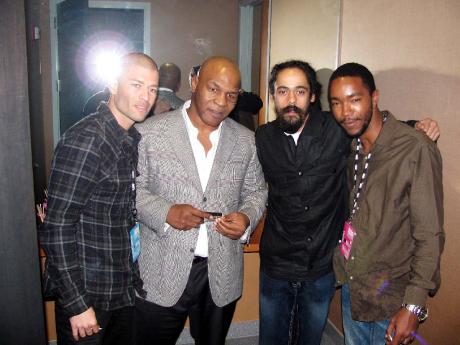 From left: Jason Robinson; former heavyweight boxing champ, Mike Tyson; singer Damian Marley; and Jason Chantrelle hang out at the recent MTV-SOS Haiti benefit at which Marley performed in Florida, with Nas, the song, 'The Strong Will Continue' from their new album 'Distant Relatives' to be released in April. - Contributed

So much to see and do in such a tiny island ... but we try to keep pace.

HE PROPOSED ... and insiders say the wedding date is March 30? Something Extra says congratulations to Finance and the Public Service Minister Audley Shaw and his fiancée, Susan Duhaney.

1.  It's about the meanest thing a woman could do to her man. We are talking about the story on everybody's lips about how the wife deceived her doting husband by trying to make her toy boy look like her daughter's boyfriend. Since the recent discovery, the husband has not been the same and friends are keeping a watch on his mental health.

2.  Unbelievable, but true. There is evidence surfacing that some pyramid schemes have been resuscitated. People never learn, apparently there are still some folks willing to put their money in these risky investments.

3. The axe is hovering dangerously over the executive's head. Not that many people are surprised because the executive has not been able to get a new contract - instead, the approach is to take it one month at a time.

4. Despite new rules for motor-vehicle registration, car-stealing rings are flourishing all across the island. Some are asking why there is no attempt to put the traffic administrators under the microscope. It is understood that car thieves are taking orders for vehicles - make and model - and the thieves deliver them with appropriate documents. How is that possible?

5. Remember the hoopla over the stolen sand? Some people are wondering what became of the case.