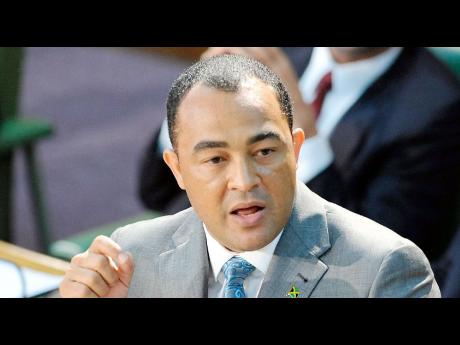 Minister of Agriculture and Fisheries Minister, Dr Christopher Tufton, is warning that Jamaica is likely to suffer economically if it continues to sacrifice farmlands to facilitate other development.

Tufton on the weekend refused to mince words as he urged his Government to expedite the formulation of a national land-use policy.

"If Jamaica's agriculture is to become a sustainable economic alternative, greater thought and planning must be put into strategic land usage to ensure that the country's most arable lands are not overrun by development that takes these arable lands out of primary production permanently," he told
The Gleaner
.

He complained that for years, agriculture has been the Cinderella of development and economic policy, playing second fiddle to trade and other forms of development.

According to the minister, this has resulted in farmers being marginalised and the best farmlands being given over to permanent non-agricultural development.

He noted that there was a need for the country to review its development orders and land-utilisation policy and strategically balance the need for construction and agricultural development.

"This may be so because of population expansion and because the country's most arable lands are usually better able to facilitate profitable non-agricultural mechanisable development," he said.

However, he warned that Jamaica's most arable lands are limited and increasingly being overrun by development that in time would threaten the sector's capacity to be competitive in certain critical crop and livestock areas and the nation's general food security thrust.

Tufton noted that Jamaica has approximately 2.7 million acres of land mass with 17 per cent of just over 440,000 acres flat and arable.

According to Tufton, there is another 200,000 acres of hillside lands that are considered sufficiently arable for certain crops such as fruit trees.

"The balance is marginal lands that should be focused on for housing and other forms of construction development."