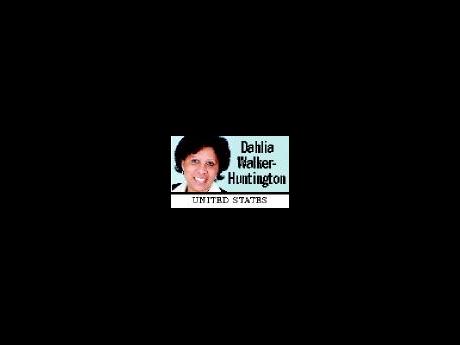 I AM a Jamaican citizen born to both Jamaican parents in 1955.

My father migrated to the United States, where he is now a citizen. He had three children with my mother (me being the last one) but my parents were never married. My father has now filed a petition for all of us but we are being told that we were never legitimated by our father.

We have all done DNA test which proves positive that he is our father. His name is on all our birth certificates from first registration which was done weeks after our birth, the most being six weeks. Our mother is now dead and we are now being told that we cannot unite with our father because we were not legitimated under law. We are told to submit insurance policy, school record, bank accounts, tax return claims by our father recognising us as his children. We are unable to do so since more than 95 per cent of the average Jamaican did not have colour TV or could afforded insurance policy in the 1950s or 70s. The school records only asked for guardian/parent and only one name appears on it, usually the person who registered us, sometimes a neighbour.

Please advise us and the people of Jamaica. We are confused and worried.

A Unfortunately, when parents never marry and there is a subsequent immigration petition filed either by the parents for their children, the children for their parents or siblings for each other, the issue of legitimacy enters into the decision by United States Citizenship and Immigration Services (USCIS). Different issues are viewed in these cases.

A.
Paternity testing:
If the father's name was placed on the birth certificate after the child was registered, it is almost a guarantee that USCIS will require a paternity test to determine the biological relationship between the parent and child and also in the cases of sibling petitions.

B.
Legitimisation:
If your parents did not marry before your 18th birthday, or your father did not take legal steps to acknowledge you and your siblings as his children, you are not deemed to be legitimate in the eyes of USCIS.

In your case, the DNA test proved positive that your father is the biological father of yourself and your siblings. However, you were never legally legitimised to USCIS's satisfaction. This leads you to have to establish a parent-child relationship.

No two families will have the same set of documentary evidence to prove that there was a parent-child relationship sufficient to warrant an approval of a Petition for Alien Relative. It is, however, an extremely important stage in the step towards family reunification. If not handled properly it will most certainly result in a denial of the Petition for Alien Relative.

It is possible that your father and mother may have lived together while he was still in Jamaica. Any documents that can prove that your father shared the same address with your mother and or you or your siblings should be produced.

What I have outlined is just a sample of some of the many pieces of proof that can be submitted to establish a parent-child relationship. Don't despair; this is a difficult task but one that can be accomplished.

Dahlia A. Walker-Huntington is a Jamaican-American attorney who practices in Florida, in the areas of immigration, family, corporate and personal injury law. She is a mediator, arbitrator and special magistrate in Broward County, Florida. info@walkerhuntington.com or editor@gleanerjm.com.