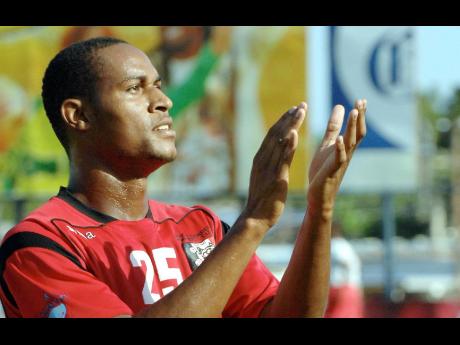 The towering Sterling received a pass in the 18-yard box, turned off a defender and blasted a left-footed shot from an angle that almost took off the head of goalkeeper Leon Goffe.

Rivoli, which played without talismanic striker Devon Hodges - away on trials in the United States - saw the Junglists dictating the pace of the game for the first-half, which ended 1-0.

The second-half saw Rivoli having more possession of the ball and they should have scored. However, faulty finishing proved to be their biggest enemy.

The contest got heated at times and Barrington Planter was duly penalised, ejected for insultive and abusive language against Kevin King of Arnett Gardens.

A chorus of "boos" erupted from the stand with people supporting Arnett Gardens and a few missiles were thrown as tempers flared off the pitch. However, swift action by the police brought order to the proceedings.

Despite being depleted Rivoli played more purposefully, stringing passes together and forcing Arnett Gardens to defend in numbers.

"It is a disappointing performance, coming off two wins and a draw and to be beaten by the team at the bottom of the league," reasoned Bradley Stewart, coach of Rivoli.

"We are glad for the three points, as we are not going down without a fight in the league," said Fairclough. "All in all, we played well for the result."