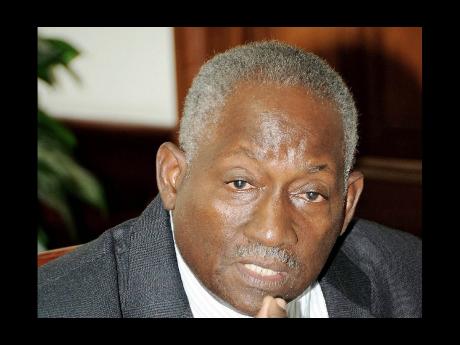 Thousands of former sugar workers, left jobless after the Government's redundancy axe fell on some 7,000 of them in 2008, are now at risk of losing their homes, even as others have had to watch houses and land intended for them, sold on the open market. The open-market sale by the National Housing Trust (NHT) in the face of a more than four-fold jump, since last year, in arrears on subsidised property sold to sugar workers, has set some trade unions on a collision course with the state-owned housing finance agency.

"The unions object to this practice," Vincent Morrison, president of the National Workers Union declared to
Wednesday Business
.

Placed on the market

While the NHT is yet to respond to the questions about the number of houses and house lots earmarked for sugar workers, which have been diverted to regular purchasers, Hanif Brown, Bustamante Industrial Trade Union (BITU) assistant island supervisor and mayor of Morant Bay in St Thomas told
Wednesday Business
that the NHT recently placed 114 such housing lots on the market because of the inability of sugar workers to buy them.

The lots were in the Frome area of Westmoreland and were put on the market in November, Brown said.

"Initially some workers were not keen (on taking up the lots)," Brown pointed out, explaining that the reluctance resulted from job security concerns on the part of the workers.

At Frome, many workers have been temporarily engaged to help produce 79,000 tonnes of sugar the government has forward sold to Italian sugar producer Eridania.

A total 13,000 sugar workers are slated to join the unemployment line by the time the government wraps up the divestment of all its sugar holdings. Factories and land at Frome, Monymusk in Clarendon and Bernard Lodge in St Catherine are still under government control, while others in St Thomas and Trelawny have already been sold.


Brown said, while he understood the NHT's decision to sell the land to persons other than sugar workers, he was not in agreement with the move.

"While we understand their frustration, a way should have been found to allocate the lots," he said.


Meanwhile, the Trust has conceded that many sugar workers have fallen on hard times stemming from their separation from steady employment as the Government tries to sell its sugar operations. Payment arrears on sugar housing accounts have shot up 422 per cent in the year since the workers lost their jobs, the Trust said this week.

"When the redundancy at the Sugar Company of Jamaica took effect in December 2008, the value of mortgage accounts in the sugar workers housing programme portfolio in arrears 90 days and over was approximately $2.2M (translating) to a delinquency rate of approximately four per cent," an email response from the NHT communications department said.


It added that the arrears had jumped significantly a year later.

"By December 2009, the arrears value had increased to $9.3M and the delinquency rate to 18.5 per cent," according to the NHT spokespersons.


"Based on feedback from the mortgagors affected, the Trust can attribute the steep increase in arrears over the period to the unemployment of the mortgagors, and their inability to find alternative employment."


The shelter finance entity said, however, that it was not insensitive to the plight of sugar workers.

"Despite the challenges, the NHT continues to work with the affected mortgagors to help them retain possession of their properties," the NHT statement said.


Chairman of the Trust, Howard Mitchell, has said he was aware of the difficulties some sugar workers were having taking up lots offered to them.


"I am not sure what the NHT can do," he told Wednesday Business.

"Some of these lots have been offered to people for years. However, we welcome dialogue on it," he said.

Mitchell said the unions need to make representation on the matter to the NHT.


But the NWU's Morrison is already putting one suggestion on the table to deal with the problem. He pointed out that sugar workers who have been affected by the redundancy, have family members who are willing to join with them to qualify for the benefits under the incentive programme.

He is also suggesting that the matter has already been raised with the NHT by the unions.

"We have a committee that meets at the Housing Trust once per month, and this matter is live on the agenda," Morrison said.

The sugar housing programme was established in 2000 by way of a Memorandum of Understanding involving nine sugar-producing estates, three trade unions, the Sugar Producers Federation and the NHT.

A report on the website of the NHT said that 437 housing units had been completed and delivered under the scheme since 2000.

Another 149 serviced lots, it said, were now being prepared under the programme at Stokes Hall in St Thomas for delivery in April. Just weeks ago, groundbreaking ceremony for another 288 mixed solutions, including houses and lots, was held at Hampden in Trelawny as the Government promoted the programme designed to benefit sugar workers. Only 150 of these shelter solutions are slated to be sold to sugar workers by April next year.

Under the current arrangement, sugar workers are said to pay an average monthly mortgage of $6,000.

While the NHT did not divulge details of the agency's expenditure to prepare lots or build houses under the sugar workers scheme, a four-year-old document indicated that, in 2006, the Trust had completed a total 1,892 serviced lots on six sugar estates at a cost of close to $1billion dollars.