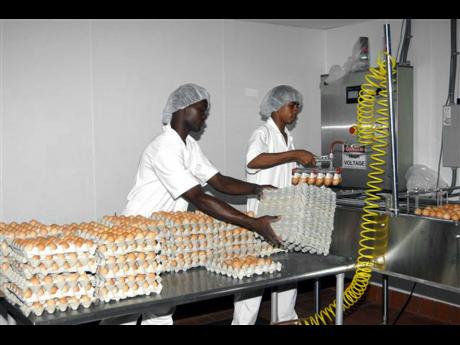 Demand for most category of employees fell.

Apparently reflecting the continuing recession in the Jamaican economy, firms and corporate head-hunters placed more than 25 per cent fewer advertisements for jobs in the island's major newspapers during the final quarter of 2009 than in the preceding three months, the island's labour ministry has reported.

The demand for most categories of employees fell, but the biggest hits were taken by skilled technical workers, such as plant and machine operators. ads for these skills dipped by nearly 35 per cent when compared with the previous quarter, and for profes-sionals, the drop was just under 32 per cent.

"Jamaica continues to experience the fallout of the global economic crises," the labour minister, Pearnel Charles, said in partial explanation of the data.

These quarterly surveys by Charles' ministry are used as proxy for activity in the Jamaican labour market, with the greater number of ads to fill vacancies suggesting more economic vibrancy, and possibly growth.

With a near total collapse of the bauxite/alumina sector, and most others in retreat, the economy shed an estimated 40,000 jobs, helping to push the unemployment rate past 11 per cent.

Based on being the latest labour ministry survey of recruitment via the press, these lost jobs are not being replaced by new openings.

Indeed, during last October and December, recruiters, according to the labour ministry, placed 1,126 employment ads in the island's two morning dailies,
The Gleaner
and the
Jamaica Observer
. That was a 26.5 per cent decline on the previous quarter.

Significantly, in the broad category of professionals, there were 488 job ads in the final quarter, 31.7 per cent down from the 714 that were placed between July and September, 2009.

Among the starkest indication of the shift in recruitment demand is perhaps a comparison between the requirements of employers for professionals in, say, the first half of 2008 and the final quarter of 2009.

Between April and June, 2008, for example, the headhunters placed 97 ads for accountants. This dropped to 28 in the December, 2009 quarter - a decline of 71 per cent over the period.

While the volume of ads for most other categories of workers remained largely flat or meandered mildly during last year's third and fourth quarters, they retreated significantly in the two-year span between the first quarter of 2008 and the final quarter of 2009.

Take the case of receptionists. In the first quarter of 2008, employees advertised for them 135 times, but by the last quarter of 2009 that had dwindled to 36, down 73 per cent.

Demand for sales reps, however, was the employment category that showed the biggest slump in demand over the two-year period - a whopping 468.5 per cent, from 305 ads for their service in the first quarter of 2008 to 54 between October and December last year.

Charles said the data suggested that many people will not, in the short-term, find jobs in their accustomed fields and will have to be prepared to shift professions and new areas of employment.

"We are making it possible for hundreds of workers to be retrained and re-scaled," he told Wednesday Business. "Many will not find the same jobs."