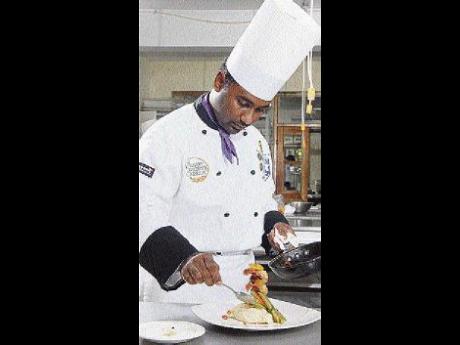 Shorna Newsome-Myrie, acting general manager of the Runaway Bay HEART Training Institute in Runaway Bay, St Ann, states that Jamaicans who are skilled in food preparation are in high demand.

Employers include the newer hotels, cruise ships, overseas programmes as well as restaurants.

While the current demand may also be related to the needs of the winter season, the advertisements for such positions are numerous - ranging from managerial positions to line staff within the field.

On Sunday, February 21, there were several such ads. Four at the management level included PriceWaterhouseCooper's executive selection services which is seeking a commercial business manager of casual dining for an entity in Montego Bay.

Applicants are expected to have a first degree, experience in the sector, plus sound management skills in operating standards of service, facility and equipment, and food and supplies inventory. He or she is also expected to know how to maintain strong cost controls and quality standards.

The hotel also needs general staff including a restaurant supervisor and a
chef de parte
.

Listed as well in the advertisements for Sunday, February 21 was one for a cook for a staff canteen. All contacts can be found in the
Careers
section of the publication. .

According to Newsome-Myrie, "a number of persons call to find out if we know of anyone who is available and trained. We have a job fair annually as well and they come to select workers."

Depending on the level of technical skill of those who work in the field of food preparation, the rewards vary. Line staff generally earn basic pay plus gratuities.

"If they are coming out at higher levels they are able to command salaries that are comparable and higher than other professions, especially for the executive chefs," states Newsome-Myrie who, adds that cruise lines are becoming very popular employers.

"What you find happening is that persons currently employed in hotels are leaving for the cruise lines which in turn open positions in hotels."

Calls coming into the Heart Academy are for graduates with at least a level one, but more so level two NVQJ certification with at least one year's experience in the field.

But, the main programmes are the culinary courses which run from level one to five. Persons can enter at level one and exit as executive chefs. The current qualification for level one entry is at least two CXC or the HEART passing entrance test.

Persons entering higher-level programmes must have at least a level below the course being applied for. You may also be accepted based on experience in the field of study.

Currently, Runaway Heart Academy is preparing to become a workforce college, which will change the qualification for entry.

Newsome-Myrie notes that for the executive chef level, one must have a passion for food.

"You must like food and like working with different persons. You will always work as a part of a team. Technical skills are also important, and if you have passion and willingness to learn, you will succeed.

"It is the persons who sleep and eat and live food preparation who make it to the top," she said.