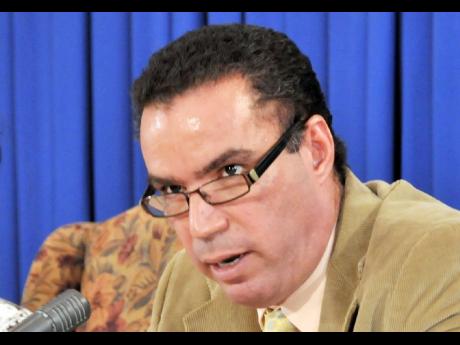 Your editorial of Tuesday, February 10, titled 'A lesson for Mr Vaz' is, indeed, a lesson, not only for Mr Vaz but for all your readers on how not to sully the image of a respected newspaper.

First, by singling me out in my endeavour to represent the Government on behalf of the people of Jamaica, the editorial writer displays amazing ignorance about the concept of collective responsibility.

A full understanding of the chronology of events following that heart-rending and disastrous January 12 earthquake in our sister CARICOM state of Haiti, I believe, would have prevented this misunderstanding.

On January 14, Prime Minister Bruce Golding led a delegation, including Opposition Leader Portia Simpson Miller and me, to Port-au-Prince, to assure the Haitian people of our support in their hour of pain and need and to see first hand the gravity of the disaster.

On the night of our return, Prime Minister Golding met with a delegation from CARICOM comprising chairman, Prime Minister Roosevelt Skerritt of Dominica, Prime Minister David Thompson of Barbados and CARICOM Secretary General Edward Carrington, at Jamaica House. At the meeting, the CARICOM delegation pledged its full commitment to the relief efforts in Haiti and recognised the speed with which Jamaica, as the subregional focal point for Haiti, had responded to the crisis there.

On January 29, the Caribbean Disaster Emergency Management Agency (CDEMA) wrote to the head of Jamaica's Office of Disaster Preparedness and Emergency Response (ODPEM), Ronald Jackson, to formalise the pledge of support. CDEMA also asked for a cost itemisation.

On February 2, ODPEM wrote to Jeremy Collymore, the executive director of CDEMA, outlining the cost of keeping the Jamaican contingent in Haiti, which was running at J$90 million, or $773,000 per day, up to February 5. This covered the intervention by the Jamaica Defence Force, the Ministry of Health, the Jamaica Fire Brigade and the ODPEM, inclusive of human resources, equipment, relief supplies and services.

Mr Jackson also outlined the economic impact that the operations had had on Jamaica and stressed that: "... our initial end dates as determined by our fiscal constraints was initially stated as January 25. We have revised this to February 5, to allow for CDEMA's and CARICOM's consideration of the requests for the reimbursement/ financing of Jamaica's intervention."

Mr Collymore responded in a letter of the same date that stating that: "Further to my letter of January 29, 2010, and in the spirit of good faith, CDEMA is proposing to advance a payment of J$10 million to contribute to meeting the operational costs of Jamaica as the subregional focal point, in support of the Regional Response Operations in Haiti."

With no additional funding coming in nine days after our initial pull-out date, and based on the best advice given in the interest of Jamaica, I announced on behalf of the Government that we would leave Haiti by March 5, 2010, but continue efforts by ODPEM in donating relief supplies.

That same day, ODPEM received another letter dated February 3, 2010, from Mr Collymore, reiterating the agreement of the CARICOM Bureau of January 29, 2010, "on ensuring the continued operations in Haiti of the Jamaica contingent which has been on the ground since January 13th underpinning the CARICOM relief effort".

CDEMA said it would dispatch a draft for J$10 million on February 4, and another draft to the value of J$30 million no later than February 11. On that basis, Jamaica readily agreed to retain our forces in Haiti.

The lesson in that, Mr Editor, is that:

The one thing no true Jamaican at heart would forgive us for was to sit back and twiddle our thumbs on the basis that we are in very difficult economic circumstances, while millions of our Haitian brothers and sisters were in such dire suffering without homes, water and basic supplies, and surrounded by tens of thousands of their dead compatriots.

The decision to pull out came well after the initial end date of January 25, which was arrived at after consultations with the ministry and agencies regarding their budgetary realities, and further underlined by our well-known economic constraints. Given this, we had to responsibly re-evaluate our role even while it was difficult to have to consider such a response at that time.