Abnormalities of the penis and testes 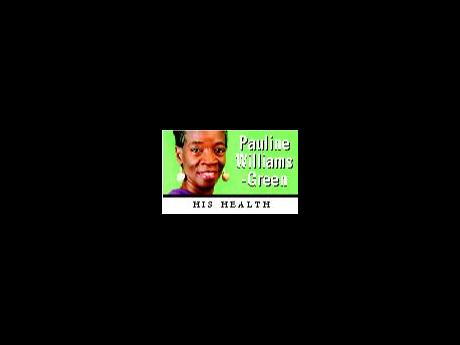 Men are extremely anxious about the size, shape and general appearance of their private parts. This week, we will discuss deformities which affect the penis and testes. Fortunately, these conditions are uncommon but when present require surgical treatment.

CPC is caused by unequal development of the tissues of the penis during the early stages of growth of the male embryo in the womb. This results in the curvature of the penis to the side or towards the body. Fortunately, these deformities are uncommon. The treatment for this problem is surgery.

Peyronie's disease (PD) is an acquired disorder. This is the formation of plaques (bumps) of fibrotic tissue in the penis, giving rise to a curved penis. A man with PD may experience pain during sexual intercourse and may have difficulty penetrating his partner's vagina. PD requires surgical treatment since pharmacological agents are usually ineffective. This problem may occur when a man injures his penis during sex. In some positions of sexual intercourse a man exerts too much pressure or weight on his penis causing a 'fracture' of the penis. Over time the torn elastic tissue is replaced by hardened plaques which do not expand during erection, causing a curvature of the penis.

Hypospadias are congenital deformities of the penis resulting in the opening of the urethra being anywhere along the shaft of the penis or in more severe forms, within the scrotum or pelvic area. This abnormality causes psychological effects such as avoidance of intimate relationships. The cause of hypospadias is not known but it seems likely to be due to disrupted gene expression attributed to environmental chemicals.

This is a condition where the foreskin of the penis is too tight and this becomes painful when the penis experiences an erection. Sometimes uncircumcised boys will experience severe pain when the foreskin is retracted and it forms a tight ring around the swollen penis. This requires immediate decompression or release of the constricting foreskin. Surgical treatment in the form of circumcision may be required.

During the development of the foetus in the womb, the testicles are located in the abdomen, but about two months before birth, they descend to the scrotum. The testes are undescended in about two to five per cent of newborn boys and this is named cryptorchidism. This problem can affect both testes or just one. If both testes remain undescended then male sterility will result. Males with undescended testes should have abdominal exploration to locate them and correct their position.

The sexual health of men is dependent on how men feel about their bodies, in particular their private parts. Psychological problems can result if men feel inadequate about the size or shape of the penis. Men will experience erectile dysfunction, pain during intercourse or penile sensory problems. These can be corrected by referral to a urologist and by surgical interventions.