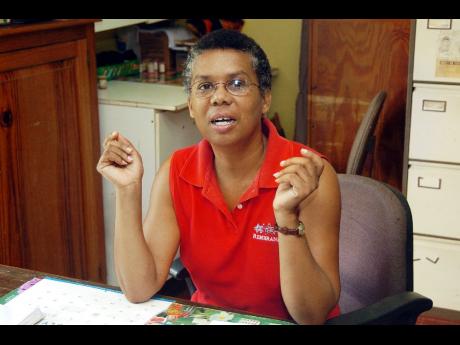 Joy Crooks, nurse administrator at the Committee for the Upliftment of the Mentally Ill, based in Montego Bay, St James. - FILE

Mental health practitioner and administrator of the Committee for the Upliftment of the Mentally Ill (CUMI), Nurse Joy Crooks, has renewed calls for an exclusive ambulance to be assigned to the Cornwall Regional Hospital's (CRH) Psychiatric Department.

Crooks' call follows an incident last Friday in which a mentally challenged man was hit by a vehicle and left at the mercy of motorists as he dragged himself along the road in the vicinity of the Clock Tower on Barnett Street in Montego Bay, St James.

"He was seen lying in the road grimacing in pain, while motorists drove around him. A woman beckoned to motorists to stop, but her pleas were ignored," said Crooks.

At the time of the incident, the single ambulance assigned to the psychiatric department was unavailable.

Crooks said the vehicle was usually used by the psychiatric department to transport mental-health officers to respond to incidents on the streets of Montego Bay, and calls from the eight mental-health clinics in St James.

The same ambulance also serves the parishes of Trelawny, Hanover and Westmoreland, as well as a section of St Elizabeth. The vehicle even goes on errands as far away as Kingston.

"What this means is that the bus might only be available for use to any of the five parishes for pick-up service, once per month," Crooks stated.

Recently, CUMI proposed to donate part proceeds of its 2010 fund-raising income towards the psychiatric department's purchase of a unit. The unit will also transport the mental-health officers across St James to assess and administer mental-health care at the clinics.

CUMI's next major event will be the CUMI Come Run 2010 on September 25. The organisation is currently in the process of soliciting sponsors.

For the past three years, CUMI has been lobbying the Government to provide an ambulance. The most recent letter was written on February 9 to Prime Minister Bruce Golding, and highlighted the urgent need for an ambulance.

The correspondence also mentioned that a refurbished building - to be used as a drug-rehabilitation facility - was handed over to CRH in 2009 by the Rotary Service Clubs but remains idle because of a lack of funds to staff it.