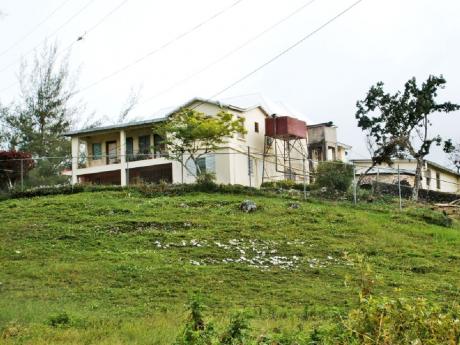 'Lockdown' as a form of punishment is inherently unjust - being the collective punishment of everyone for the errors of a few, the proverbial 'good suffering for the bad'. It must be discontinued. - Armadale Report 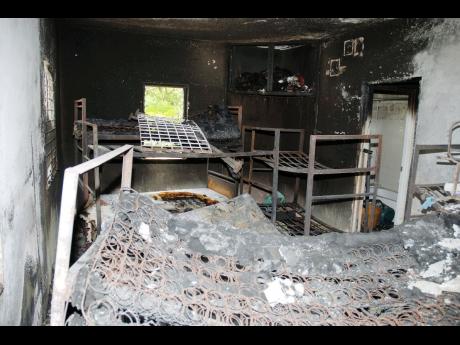 The burnt-out room at the Armadale Juvenile Correctional Centre in St Ann where five wards were killed on May 22, 2009. Two wards subsequently died as a result of their injuries.- Contributed
1
2

has obtained a copy of the report of a commission of enquiry into the fire at the Armadale Juvenile Correctional Centre that led to the deaths of seven female wards. The report contained 16 observations and recommendations, the first six of which are published below. Look out tomorrow for more.

1. The housing accommodation in the office dormitory, from its inception, was grossly inadequate, overcrowded, cramped and unhealthy, and its adjacent sanitary conveniences insufficient and unhygienic.

Housing decision for children "deprived" of their liberty in such institutions:

(a) should be made to conform with international standards, namely, the Beijing Rules and the 1990 Rules and the National Building Code of Jamaica; and

(b) should be decided by a committee established in the Department of Correctional Services, in consultation with the management staff of the particular institution. It should not be imposed arbitrarily, as was done in the instant case;

(c) specialist and professional advice should be employed in the provision of secure but comfortable housing facilities for juveniles in detention. Emphasis should be placed on means of "unobtrusive observation" of the juveniles within the facility and safe, speedy evacuation in the event of an emergency. The technology is available.

2. The Montpelier facility, currently a potentially wasting asset, has been available to the department since 2006, incurring a costly monthly maintenance and unutilised.

Montpelier should be repaired immediately, with appropriate fixtures, as a comfortable facility for children. Our youth deserve no less, if the true and sincere object of institution life is the "welfare of the child" and the aim is "to return the girls to society better than when they come in".

The girls housed in the office dormitory ranged from hostile ones, who had committed violent or antisocial offences, to those who were merely deemed to be "in need of care and protection". The latter were bullied and cowed.

"28. The detention of juveniles should only take place under conditions that take full account of their particular needs, status and special requirements according to their age, personality, sex and type of offence, as well as mental and physical health, and which ensure their protection from harmful influences and risk situations. The principal criterion for the separation of different categories of juveniles deprived of their liberty should be the provision of the type of care best suited to the particular needs of the individuals concerned and the protection of their physical, mental and moral integrity and well-being."

Jamaica wishes to be seen as a respected and modern state in the international community. In that regard, we should avoid "lip service" only and always adhere to and pay sincere respect to each international treaty and convention to which we are a signatory.

4. Children "in need of care and protection", as defined in Section 6 and Section 8 of the CC&P Act, are, in essence, children susceptible to abuse and also devoid of the essential basic support and control of a parent or guardian. Such a child, in my view, is not necessarily one in respect of whom a correctional order ought to be made, placing him or her in a Correctional Centre. "Correctional" is a misnomer, in the case of the Armadale facility as operated in May 2009. About six such girls were in Armadale then (see Exhibits 38). Sections 7 and 14 of the CC&P Act contemplate that, "the Government agency responsible for children", the Child Development Agency ("the CDA") have an ongoing involvement in the case of such children "in need of care of protection". This was not evident in the enquiry held by me, nor did such an agency appear or contribute to the enquiry. The CDA is responsible for children's homes and places of safety. But because of lack of space, some children remandees are sent to the correctional centres. That is unwise. As classified, they do not belong there and that practice should be discontinued. Listening to the evidence of some of these girls, at the enquiry confirmed this, in my view.

Mrs Spence-Jarrett, at the meeting on 31st January 2007, advised that whenever such children are placed in the correctional institution they become the responsibility of the Department of Correctional Services. She observed that "CDA never usually follow up". (See Exhibit 26).

It seems to me that the CDA has failed to understand and to grasp and discharge its responsibility to children under the provisions of the CC&P Act.

The Children's Court should be mindful of the provisions of Section 14 of the CC&P Act, and utilise in the best interest of the child other prescribed orders, namely, guardianship order, fit person order or supervision order by a probation and after-care office, in preference to a correctional order, where possible.

5. "Lockdown" as a form of punishment is inherently unjust - being the collective punishment of everyone for the errors of a few, the proverbial "good suffering for the bad". It must be discontinued.

(a) Academic studies, conducted by suitable qualified teachers in the subject matter, must be provided, and not curtailed because of punishment. I note that the proposal of "a ratio of one instructor/teacher to fifteen (15) wards", in memorandum dated 1st April 2008 (Exhibit 30) from the Commissioner of Corrections (Major Reece) to Mrs Mary Clarke, in response to her queries by letter dated 28th March 2008 (Exhibit 29), was never implemented;

(b) only the prescribed form of punishment should be imposed.

6. The level of control by the commissioner and the senior management staff of the department was unnecessary, resulting in bureaucratic delays and created some detriment to Armadale. Mrs Spence-Jarrett stated, in respect of a report from Armadale concerning the seven (7) girls who absconded on 7th May 2009:

"I reminded him (Mr Hesson) that all documents were to come to commissioner and dispatched from there."

Mr Anderson, the property manager, advised that if some things are required at Armadale, the information goes to "the Deputy Commissioner or Commissioner and then passed to me". He properly commented that "... matters of property requirements (should) first come to me but our system (is) sort of different."

Why was the installation of the grille door to the room offered by Mrs Ferreira to relieve the overcrowding not dealt with locally? Mr Anderson said it could be ... "done in a day." Mr Hesson said that he "told ... property manager Neilson Anderson at Head Office between March to April 2009 no action ... I did not follow up."

(a) Greater autonomy should be given to the management at the institution level, in minor matters, e.g., installation of a door, instead of the bureaucratic "micro management" from the head office.

(b) This retention of control and power "from the top" in the Department of Correctional Services, in some operational areas, is counterproductive and demotivating. A conscious and reasoned review of the necessity for some of the senior posts in the hierarchical structure of the department is now necessary.