We've been hammered into the ground - Gayle 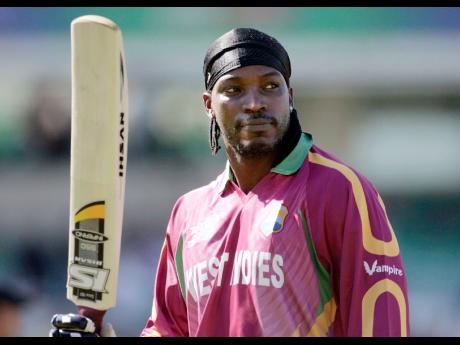 Chris Gayle is hoping his inexperienced squad learnt the harsh lessons dictated to them by Australia, after the reigning World Cup holders clobbered his hapless West Indies in a lopsided eight-wicket win with 50 balls to spare yesterday.

The result of the series-ending second Twenty20 International, completed a 6-0 record for Australia against a Caribbean side that contested the tour without several of their key players.

"Hopefully we can treat it as a learning experience as it was a young team. We, senior players, are not going to be around for ever and these guys are the future," said Gayle.

"It was a good opportunity for them to stand up against a big team, get some runs and take some wickets," added Gayle, who was very disappointing on the trip and part of a perennial top-order batting collapse that rendered the Caribbean side impotent against the home side.

Gayle, who had boldly predicted at the start of the series that West Indies would beat Australia 4-1, averaged only 13.75 in the five-match One Day International (ODI) series and 8.50 in the T20s and conceded that they were no match for Australia.

"It has been a tough summer. We have been hammered into the ground and have lost fair and square," Gayle said.

Batting veterans Shivnarine Chanderpaul and Ramnaresh Sarwan, all-rounder Dwayne Bravo, and frontline fast bowlers Jerome Taylor and Fidel Edwards were among seven West Indies players not considered for the series because of injury.

Yesterday's result meant West Indies finished the tour winless following their 4-0 loss in the preceding five-match one-day series and their 38-run defeat in the opening T20I in Hobart on Sunday.

The left-handed Warner thumped the second fastest half-century ever in T20Is as he posted 99 off 46 balls with Watson.

Warner hit 67 off 29 balls with five fours and seven sixes. He reached his fifty off just 18 balls. Only India's Yuvraj Singh - fifty off 12 balls against England in September 2007 - has scored a quicker half-century in T20Is.

Watson partnered Warner solidly, stroking a 33-ball 62 not out as Australia sped to victory at 139 for two off 11.4 overs, replying to 138 for seven by West Indies.

The outcome was never really in doubt after West Indies lost their talismanic captain Chris Gayle cheaply for 12 as they slipped to 51 for four in the ninth over, and once Warner pounced on fast bowler Kemar Roach to smash three sixes in the opening over, the death knell had sounded.

Languishing at 98 for seven in the 17th over, West Indies needed a feisty, unbroken, eighth-wicket stand of 40 off 21 balls between Narsingh Deonarine and Darren Sammy, to reach their eventual total.

The left-handed Deonarine cracked 36 off 29 balls with four fours while Sammy blasted sixes off the last two balls of the innings to finish on 26 from 11 balls. Their effort saved the side some embarrassment, after they won the toss and opted to bat first on a decent strip.