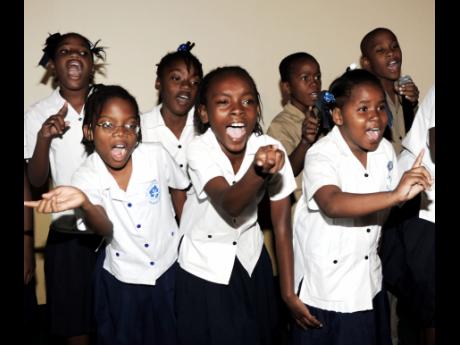 Education Minister Andrew Holness is suggesting that alter-native solutions for improving the teaching of mathematics may have to be considered if Jamaica intends to fulfil its 2030 goal of becoming a developed country.

Holness, who was speaking at yesterday's launch of the National Primary Schools' Mathematics Competition at the Terra Nova All-Suite Hotel in St Andrew, said while his ministry had taken measures that were acceptable to all stakeholders, much more still needed to be done.

He suggested that all persons entering teachers' colleges should have math among their qualifi-cations, whether or not they planned to teach the subject. He also said consideration should be given to employing persons with first degrees in math to teach the subject at the high school level

Additionally, Holness said the country might also need to look at recruiting more overseas math teachers in the short term to assist in improving the subject.

He admitted these suggestions were not without political implications, and that the solution lay in holding a public debate in order to arrive at a consensus.

In recent times, the Ministry of Education has employed several new approaches aimed at changing the way math is taught in schools.

These include the short-term recruitment of numeracy specialists to assist teachers by ensuring good teaching practices, employing strategies such as literature and games instead of traditional chalk-talk methods, as well as videotaped lesson plans.

Holness also lamented Jamaica's poor math results for this year's Caribbean Secondary Education Certificate (CSEC) examinations, noting that only 41 per cent of the 19,990 students who sat the math exam attained a passing grade.

Holness said countries with major industries, such as South Korea, Malaysia, Taiwan and Singapore, India and Brazil, had all emphasised math as key to their individual development.

This year's National Primary Schools' Mathematics Competition, which is sponsored by the Seprod Group of Companies, will take place on Wednesday, April 28, at centres across the island.