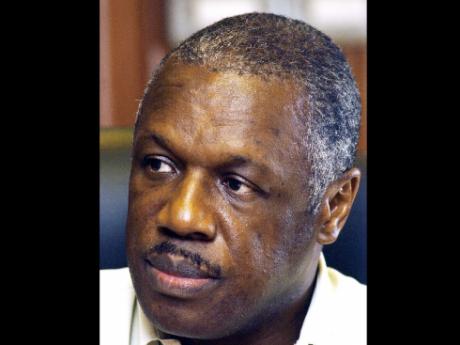 Retired head of Scotiabank William 'Bill' Clarke, who is contending that he was defamed in a false profile on social networking website Facebook, has been successful in getting a court order to search the bank's database to discover who was responsible for creating the site.

Clarke, who retired from the bank in November 2008, has been engaged in a legal battle with the bank over his retirement package. The matter is now before the United Kingdom Privy Council as the bank is appealing a Court of Appeal ruling that Clarke's retirement package must be decided by arbitration.

Clarke filed a suit last month against the bank and Pavement Structures Ltd, an engineering and construction company, arising from the profile on Facebook. He is claiming that, between April and July 2009, the false profile was created and some of the contents of that profile defamed his character.

He does not know who perpetrated the act and so he applied to the Supreme Court for an order for discovery, preservation and inspection of information relevant to the use of the profile.

Attorneys-at-law Georgia Gibson Henlin and Sherian McDonald, who are representing Clarke, argued that the information "is likely to reveal the identity of the perpetrator so he can institute a claim against that person or entity".

The bank and Pavement and Structures Ltd were sued, as they have been identified by their Internet service provider, LIME (formerly Cable and Wireless Jamaica Limited), as having been assigned Internet Protocol (IP) addresses which have actually accessed that Facebook site. LIME is also a defendant in the suit.

The Cybercrimes Investigations and Research Unit of the Jamaica Constabulary Force has also been named as a defendant because, based on Clarke's complaint, the unit seized equipment and copied data belonging to Pavement and Structures Ltd.

The attorney general is a defendant in the suit because of the involvement of the cyber-crimes unit.

In favour of clarke

Lawyers representing the defendants had opposed the application for discovery but Justice Patrick Brooks ruled on Tuesday that the court was entitled to grant Clarke the orders sought because he "has made out a
prima facie
case that he has been wronged by a false Facebook profile".

The judge, in granting the orders, said Scotiabank and Pavement and Structures Ltd were also entitled to protection against improper access and use of their private data, unconnected to Clarke's claim.

The bank and Pavement Structures Ltd have been ordered to preserve all information and equipment relating to the IP address from April 1 last year to July 17, 2009. The parties are to agree on persons who are to be the expert and supervising attorney-at-law to execute the court order for access and search.

The cybercrimes unit must turn over to the expert and the supervising attorney-at-law copies of the results of their investigations of all equipment seized in relation to the case before March 19.