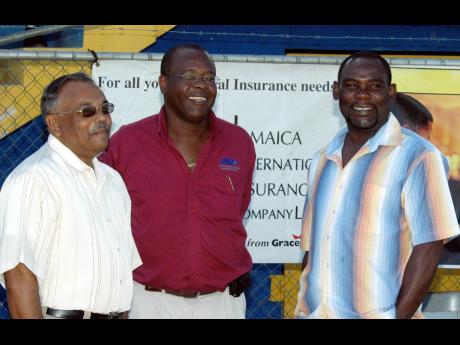 The Inter-Secondary Schools Sports Association (ISSA) will be giving a few athletes in a few events an 'extended' time to qualify for next month's ISSA/GraceKennedy Boys and Girls' Athletics Championships.

The deadline for Champs entries is March 11, but the deadline will be extended to athletes competing in some hurdles and field events. However, competitions officer George Forbes was also quick to point out that no extended period would be given to runners competing in the sprints - 100m, 200m and 400m - along with 800m.

The last chance for others will come at the G.C. Foster Classic - dubbed "Last Chance to Qualify for Champs" meet - which will be held on March 13.

"We are going to look at some events," confirmed Forbes.

He noted that even though most athletes would have already qualified, they were going to recognise the meet as a qualifier to provide an additional opportunity for others.

"For the meet on the 13th (March), if an athlete did not qualify before, we are going to include them," he said, addressing their ability to meet required standards.

However, Forbes made it clear that for an athlete to be included "the entries will still have to be in by the deadline date (March 11) and include 'pending G.C. Foster Classic'."