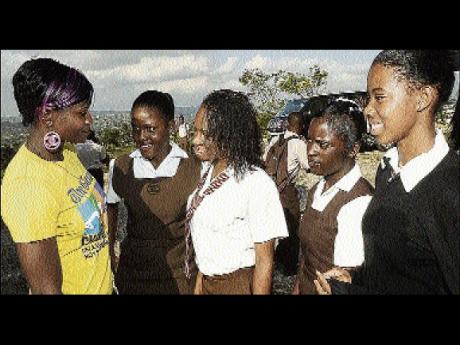 McLaughlin, who sped to a personal-best 22.5 seconds in the 200m at last year's IAAF World Championships in Berlin, Germany, believes that the Manchester-based school will once again defend their title at this year's centenary staging of the highly respected meet.

Said McLaughlin: "We are definitely going to bring home the eight htitle, I have no doubts about that."

The 24-year-old acknowledged the threat of the likes of Edwin Allen, but believes that her alma mater's Champs experience will see them through in the end.

"Holmwood have been known to produce on the day, we are a championship team so I'm not too worried. We always produce when it matters most," said McLaughlin.

The young sprinter, who was recently identified by the Inter-Secondary Schools Sport Association as the most successful female athlete of the last decade, stressed the importance of balancing a solid educational background with other pursuits in life.

"Work hard to achieve your goals. At times, things may not go the way you want them to but don't give up, just go back to the drawing board and continue to work towards your dreams," McLaughlin urged the attentive students who packed inside the school's auditorium.

The 'Champs 100' Tour is being staged in partnership with GraceKennedy, VMBS and LIME in celebration of 100 years of local high-school athletics competition and will continue tomorrow at St Jago High School.

Yohan Blake and Markino Buckley have been confirmed for the St Jago leg.