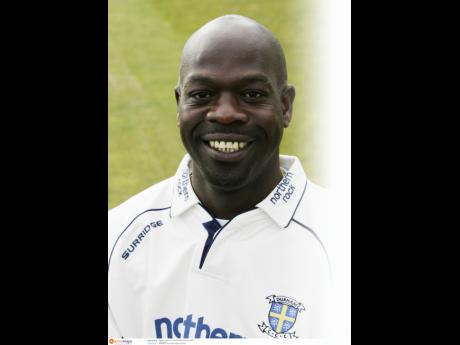 New West Indies head coach, Ottis Gibson, has pointed to his relationship with the regional squad as a key component of his pending tenure and says he is braced for the long road ahead in returning the beleaguered side to winning form.

Fresh from his stint as bowling coach with the England team, the former Barbados and West Indies fast bowler said he was looking to meeting the squad and outlining the requirements of their relationship.

West Indies are due back in the Caribbean today from a wretched tour of Australia and Gibson also acknowledged that dealing with low self-confidence would be a factor.

"The players will be low in confidence based on what happened recently in Australia," Gibson said.

"We have a game on Sunday in Trinidad and the players get back on Thursday, so we literally have two days to get together as a group, for me to meet the team and have some contact time with them.

He stressed: "I need to explain to them what they can expect from me first of all and what I expect from them as the players. We need to have that contact time. They need to know they can trust me, but I also need to know I can trust them because it is a two-way street."

Gibson was speaking at an official unveiling after being announced by the West Indies Cricket Board earlier this month as the new West Indies coach.

Prepared for the criticism

He replaces Australian John Dyson who was axed last August, and takes over from Trinidadian David Williams, who has been in temporary charge of the squad since.

Gibson, who played two Tests and 15 one-day internationals, said he prepared to deal with the criticism that come with the job but said he is focused on seeing the team transform into a winning unit again.

"I don't know if you can ever be mentally prepared for criticism. I know it is going to come," said the 40-year-old.

Gibson's assignment starts immediately as he takes charge of the team when they come up against Zimbabwe in the one-off Twenty20 international in Port of Spain on Sunday.

He will lead them into the subsequent five-match ODI series which will be followed by the World Twenty20 Championship and then three Tests and five ODIs against South Africa starting in May.